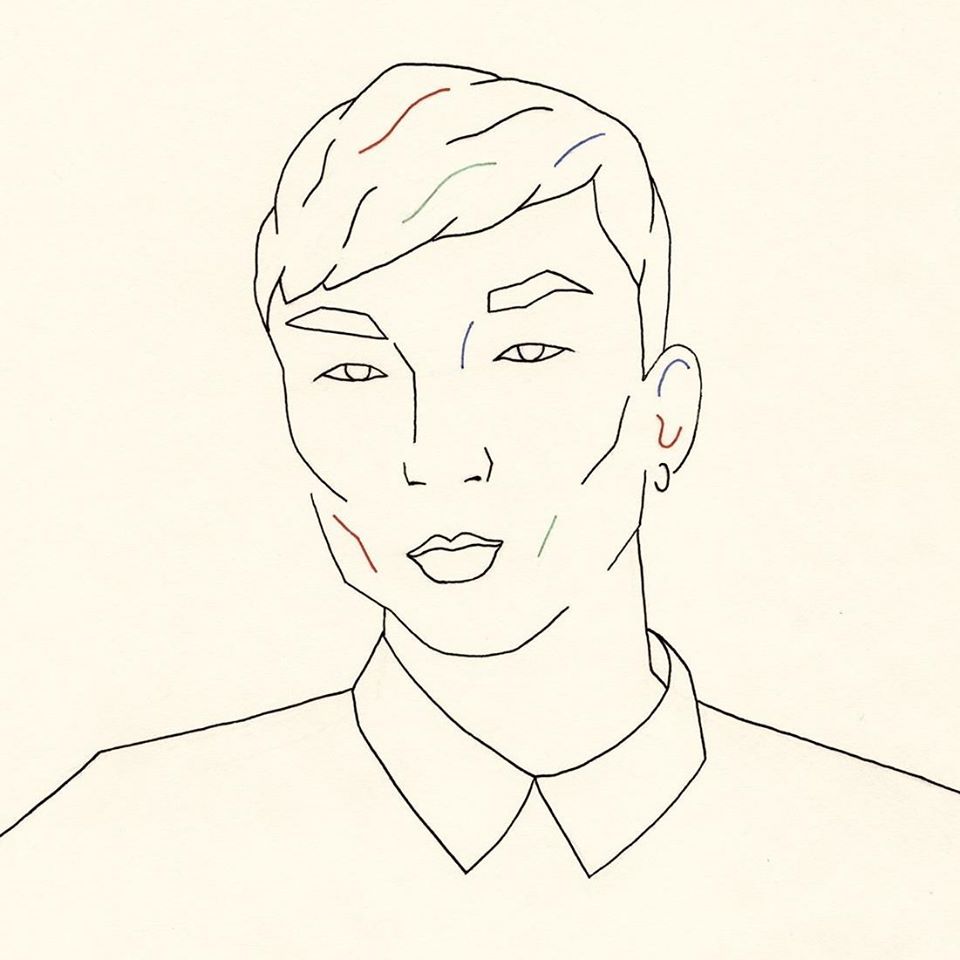 „You have seen us work side by side Ankali all year. We are ready to take you on next level.“

Our exploration into 90s rave sounds and contemporary trance has lead us to D.Dan – Berlin-based DJ and Producer, seeking the intersection between raw grooves, slippery psychedelia, and mutant-machine paranoia. For years now he has been seeding his passion and ideas about modern rave’s best practices – his releases on Lobster Theremin and Héctor Oaks’s KAOS has become dancefloor favorites in clubs across the planet.

How was your tour in the U.S.? Was there any particular event that stood out to you?

I had a really great time touring the US this past December. I spent a month there and played gigs in Seattle, L.A., San Francisco, Phoenix and New York. I’m originally from Seattle, so I also had some time to reconnect with old friends and family. The gigs were really nice mixture, from established clubs through fetish warehouse party to playing an extended all-nighter in my hometown at Kremwerk. All very different contexts and dynamics, I had many highlights from the trip.

Kremwerk was the first actual club to ever book me as a local DJ in Seattle, over half a decade ago. I have spent so much time there over the years, on the dance floor, throwing parties, playing as a supporting local act. This was my first time getting booked there as a “headliner,” and on top of that I was entrusted to play all night, which is not a usual thing there. I’ll be honest I was a bit nervous about how it would go, but the night went really well and it was a ton of fun! I remember looking out and seeing the dance floor with so many close friends from the Seattle techno community… It had me feeling overwhelmingly grateful for these people in my life.

Do you think there are differences between American and European clubs?

The differences between American and European clubs I think would be too much to delve into here – it could almost be an entire essay on its own. There are even huge differences between clubs within Europe itself or even between two clubs in Berlin, so it’s difficult to simply distill differences down to “American” vs “European” clubs. One quantitative difference is that most clubs in North America must stop serving alcohol at 2 AM and often close by 3 or 4 AM. There are of course exceptions to this rule though.

You’re touring a lot these months! How important is it for a DJ or a producer to have a booking agent these days? Can you explain how it works?

Having an agent taking care of my gig requests, sorting logistics like travel, accommodation and visas, and handling communication with promoters gives me more time and headspace to focus on music. Personally, I find that a very valuable thing on top of balancing social life, admin and time aside for self-care.

Whether or not working with an agent makes sense for you depends on your own situation. Everyone’s situation is different!

How are these intensive traveling and playing affecting you? Is there anything you have learned from it so far?

Yes it can feel intense, but I’ve loved music and performing music for as long as I can remember, so I’m really just excited at the moment. The travel and irregular sleep on weekends I can manage. Getting to see new places and meet new people through a shared love of music is a real privilege and can be very energizing. If there’s anything I’ve learned, it is how much to cherish my roots in the intimate techno scene in Seattle and the Mala Junta family in Berlin, where I can go back to the core with people who I trust and have the same values, attitude and passion. It helps me feel grounded and as a part of something bigger.

Tell us a bit about your relationship with Prague. What do you expect from this night or from DJs playing with you?

I’ve had a strong connection with the scene in Prague for quite some years now. I first went there in 2016 for the Polygon party with DVS1 and since then I was drawn to the scene’s intimate, crafty, humble and passionate nature. I’ve spent many nights at Ankali over the years, including the opening, and I’m sure some of the people in attendance may be in for a small surprise on Saturday. I’m quite excited for the night to test some faster, harder, wilder sounds in the 140+ BPM ranges, and to push the room and the crowd a bit! I only expect the best from fleika, he’s always crafting sets in such mint fashion and letting the music speak. And arnii I have never seen before, but I am excited to see him and hope his set lives up to Onyx’s reputation of being “ravey as fuck”.

Which producers or artists are you interested in now, who would you recommend to check out? Who do you usually discuss your work with?

I’m usually discussing my work with just a few trusted friends, who enjoy and are very knowledgable about techno but don’t necessarily listen to it all the time. Some producers I’m really excited about right now are Sugar, LSDXOXO, Stef Mendesidis, DJ RAT, and Karenn, just to name a few. And some DJs I’m really loving right now include DJ TOOL, Hyperaktivist, Why Be, Blasha & Allatt, and Stranger.

If you like creative and original underground club music and culture, we’re strongly recommending the ONYX x ANKALI event this Saturday in Prague.