A: You’re living in London. Did the environment and the city influence your music?

S: I think wherever you are it kinda influences and it shape who you are as a person, living in London has given me an edge that I have.

A: You’re working with Sega Bodega a lot, how did you two meet and started making music together?

S: I discovered his music the day before he had a show in London, that was where we first met. It was an instant friendship. We’ve been friends for eight or nine years, and then we started making music together about three years ago, he was my introduction to music. It was just from hanging out in the studio and I wanted to make music so he said, let’s do something together. It was purely from friendship and that’s why I think it was so organic because the intention was never to like release music or like help me out, we just felt the vibe. He made everything kinda chill for me, to be in the music area, so I do credit him a lot. 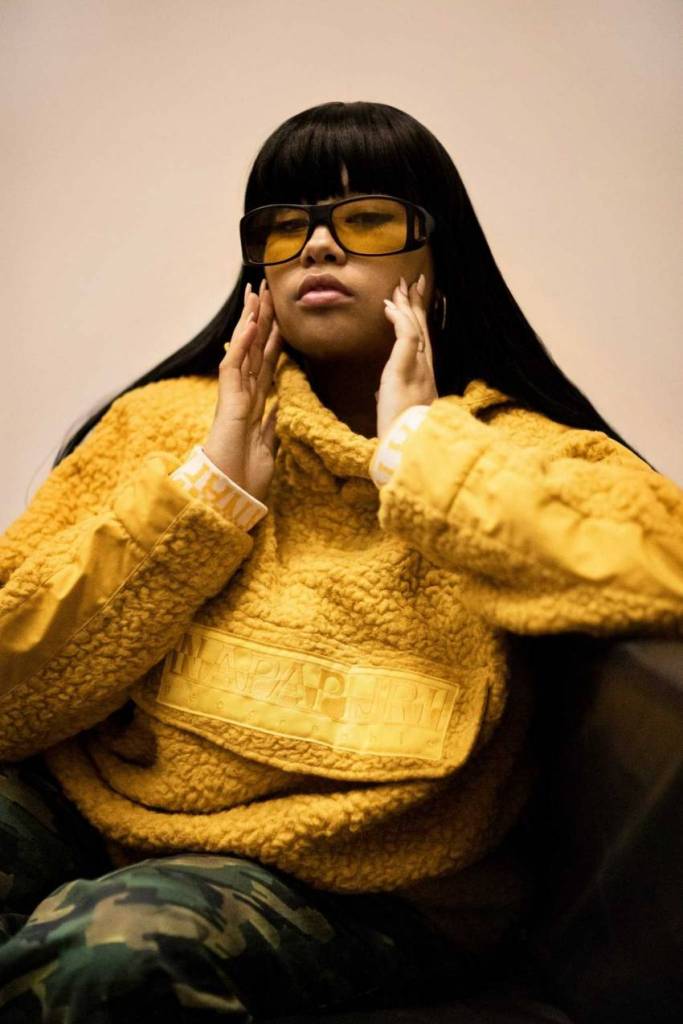 A: What was the point in your life when you’ve realized „I want to do music for life“?

S: I don’t know if it’s for life, but it feels good and anything that feels good I just wanna do it until it stops being good and so far it hasn’t stopped with the music. I think it’s one of those things in life that, if they are for you they’ll find you.

A: You seem very self-confident in your lyrics and there’s a lot of sexual context in them, so I would like to know what inspires you the most when you’re writing them?

S: I might be talking about sex but I use it as an analogy for something. It’s because I just feel like it’s the first thing that actually grabs your attention and it holds your attention for a while, but I’m not necessarily talking about sex. It’s funny how people judge just because of the stereotypes they have like, cause I’m saying it, it’s immediately sexual but if a guy was saying it it’s not? But yeah, my inspiration is probably mainly human relationships but not just romantic, but also through my friends as I feel the same as them, like I’m the mirror of the same feelings.

A: do you have some favorite artists that influence your music or you feel inspired by them?

S: of course, when I was younger I was listening to a lot of garage and house, even a lot of experimental electronic music. I was like twelve or thirteen and I didn’t really have an idea of a club, so it was this image of a club I had before I even got into it, it was like a fantasyland for me and I’m trying to recreate that trough all of those influences. I listen to people like Aphex Twin, for example, the range is really wide.