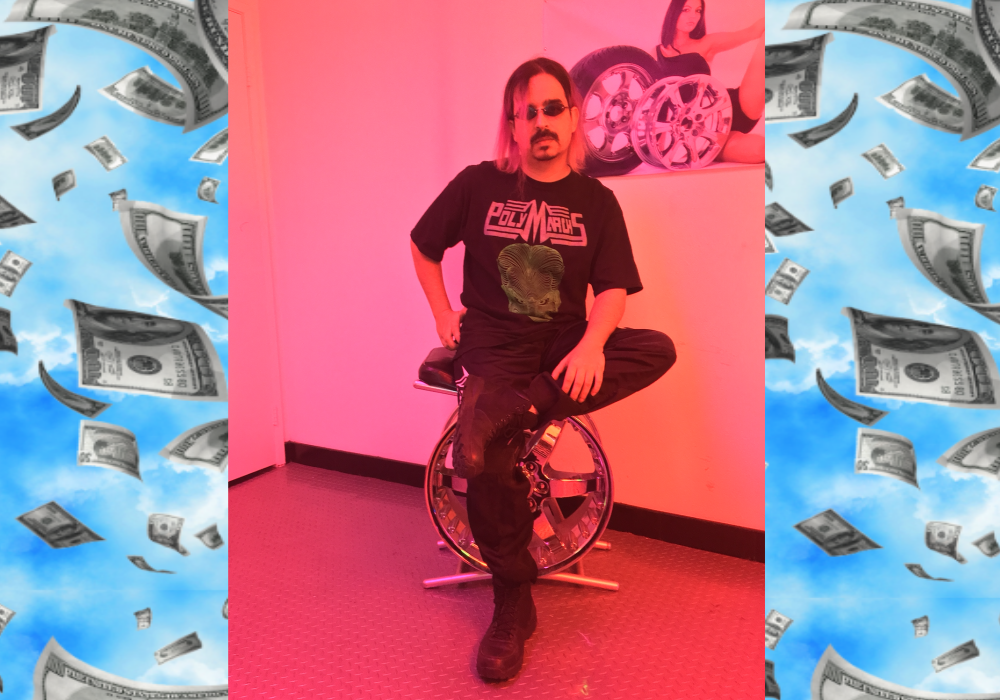 UPDATE: ★ [We are honored to present, that CHICO SONIDO is open for Europe bookings during summer 2020. More info: budkekristof@gmail.com or Swine Agency Instagram] ★ 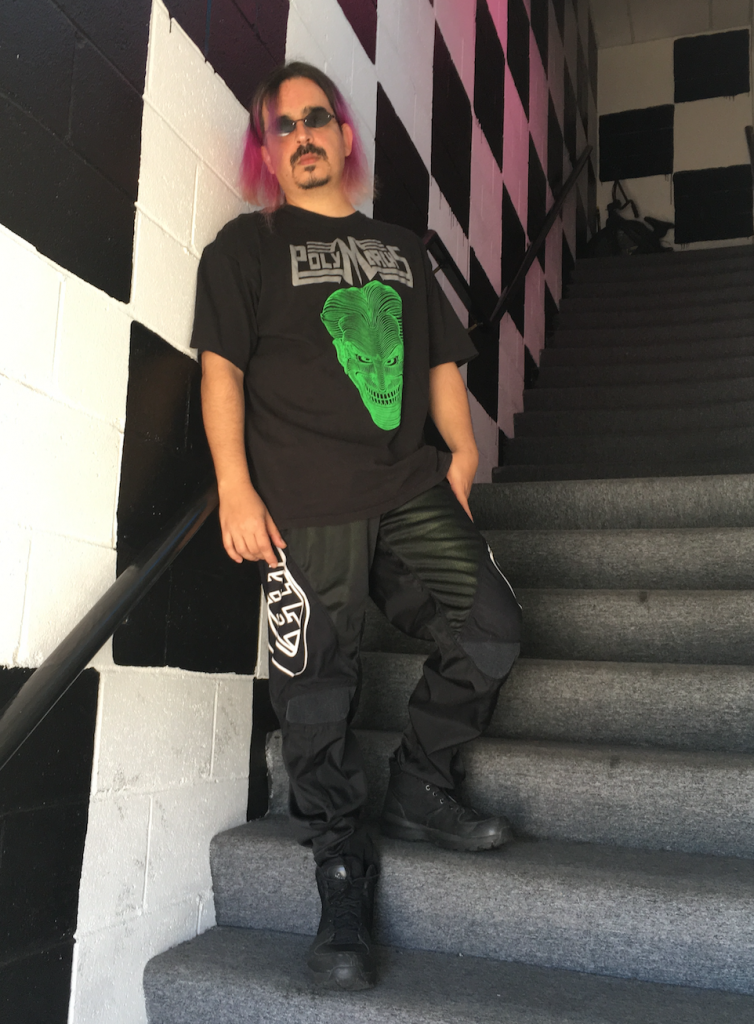 Swine Daily: Hola! Thanks for letting me to do this interview, it’s a great honor for me. I really like music and collabs you do, and I’d like to write about „neo perreo“ and contemporary latin club sounds. In Central Europe, only few DJs know that!

At first, please, can you tell me, where are you and what were you doing today? You are from Monterrey?

Chico Sonido: Right now I’m in the Freak City’s music studio in Los Angeles. I was born and raised in Mexico, up north in the Sonoran Desert. I did spend a long time living in the city of Monterrey in Mexico. That was in my early beginnings as a DJ and producer. 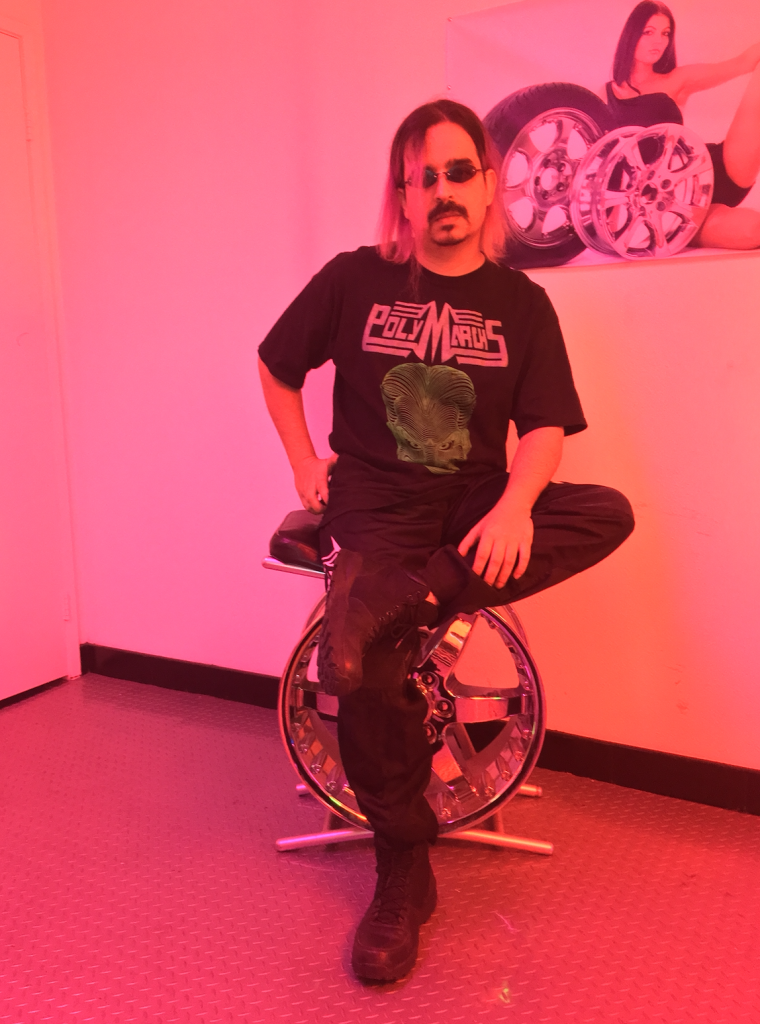 When did you start making music? Did you also play some music instrument in your childhood?

I have never had any proper musical training as a kid, always had to learn things on my own. I remember making my first remix at an early age in high school. At that point, I was singing in some bands, but that only lasted for a couple of years. Right away my mind was blown with rave parties and I started getting really into rap music, too. Soon enough, I was learning how to dj and collecting music in all formats. I started making music and DJ-ing after I moved to Monterrey. I assisted sessions and worked in real music studios for a bit, started learning on my own, watched a lot of YouTube tutorials and anything I could grasp from my friends as far as music theory and composition.

Have you had some musical mentor or teacher, or have you learnt everything by yourself?

A little bit of both. Mostly, I’ve learned by myself. In recording school they did not even taught me the things I needed and wanted to know. I’ve learned the basics of audio engineering during the two-month intensive course, all analog. It was very crucial for me at that point and the sound evolved from there. After that, I was mostly working and learning on my own with DAWs and plugins, doing everything on my computer.

I’ve also been lucky to work with and learn from some of the best. Working and dealing with actual music industry is a learning experience on its own. My boys Toy Selectah in Monterrey Mexico and Ulises el Licenciado Lozano in Los Angeles, both of them top producers as far as urban latin music is concerned, have always been supportive throughout my trajectory and I did many music projects with them.

Who were the first rappers you’ve met and worked with?

When I started producing as Chico Sonido, I released a couple of mostly instrumental albums with some guest vocalists and even I, myself, was rapping and doing some of the vocals.

For my third LP Club Redy I started searching for rappers that really fit my current sound, the brewing next wave of perreo and the current urban latin sounds. They had the perfect mix of personality, looks, fierceness and internet presence that I was looking for.

I would say Tomasa del Real, Ms Nina and La Goony Chonga have been the first rappers to complement my music in a way that I can feel very confident. The collaborations are reaching the right people and breaking new ground.

I wanted to talk more about your musical style. How can you describe your music, is it a part of the Neo Perrero movement?

It would be hard to describe my sound with a couple of words because it’s evolving. The tracks capture a moment in time that is irreplaceable. It is very forward thinking and trying to get latin music to an interesting boiling point.

The competition, all the different egos involved and the characters make it way more interesting.

This, and the real life interaction and traveling led me in to creating some of the first underground hits for a new wave of traperas and reggaetoneras latinas, a next wave of urban latin music.

The tracks I’ve produced with La Goony Chonga, Tomasa del Real, Ms Nina, So Icey Trap, Mi$$il, it is a movement. It has something to do with female empowerment, LGBT communities, people of color trying to find their own space in the repressed and anglo-centric dance floors, and decolonize them. To start our own communities.

I agree on what you’ve mentioned about my music. It is the new avant-garde Latin American underground, a new way of perceiving our own culture and connections through the DNA of latin rhythms like reggaeton, dembow, cumbia, tribal, etc. In Perreo, there’s a celebration of everything I‘ve mentioned and the dance that connects this communities.

Right now Perreos are coming back and there are all kinds of perreos, they are big freaky dance offs, and sometimes party crews call themselves perreo.  I have been invited to DJ the “Neo Perreo” party with Tomasa Del Real and her crew. The first track I produced for Tomasa was a successful single for us – “Tamos Redy” is an anthem, and my crew Freak City directed the video and aesthetics for her latest single “Barre Con el Pelo” produced by DJ Blass, legendary reggaeton producer. That just means we’ve been taking it to the next level.

Your sound is really original. I believe you are inspired by latin american music as well as north american hip-hop culture.

As far as my sound is concerned, it is constantly mutating. I see myself more as a producer behind the scenes and a DJ. I usually go through different sub-genres on my sets, a lot of music I’ve been producing lately is more like wavy Latina trap. We are about to drop La Goony Chonga’s debut Spanish album Dinero this September. I’m still doing a lot of perreo tracks, I’ll be messing with different styles and keep pushing it into the new experimental styles.

The current mainstream trend is all reggaeton and trap to me, perreo is the dance and the celebration of the music and the culture. I don’t think of my music as a part of any specific sub-genre or trend…

I really love your new project „Muerde la Manzana“ with Tomasa Del Real and La Goony Chonga. Can you tell us more how it started and how you created this dark, futuristic, dreamy, but bangin‘ music?

Man thanks, that’s one of my favorites too. That project began in my studio, after producing some tracks with La Goony Chonga for her first Spanish album, I got locked up in the studio for like two months and came up with a fresh batch of tracks, that I was also planning to work with La Goony.

Then, at the beginning of this year there was a show in L.A. where we performed all together. La Goony and Tomasa met and clicked instantly. The next time Tomasa was in L.A., recording her album, she came through the music studio at Freak City, we listened to the tracks and chose the best ones.

I produced the beat for “Tu Me Gustas” the night before, we recorded three tracks from the collab right there on that session. This girls are really good at what they do, I love working like that. Also, we shot the music video for the lead single „Muerde la Manzana“ right there at Freak City L.A.

I love what all this crews are doing right now in no particular order:

Where to get in touch with Chico Sonido?