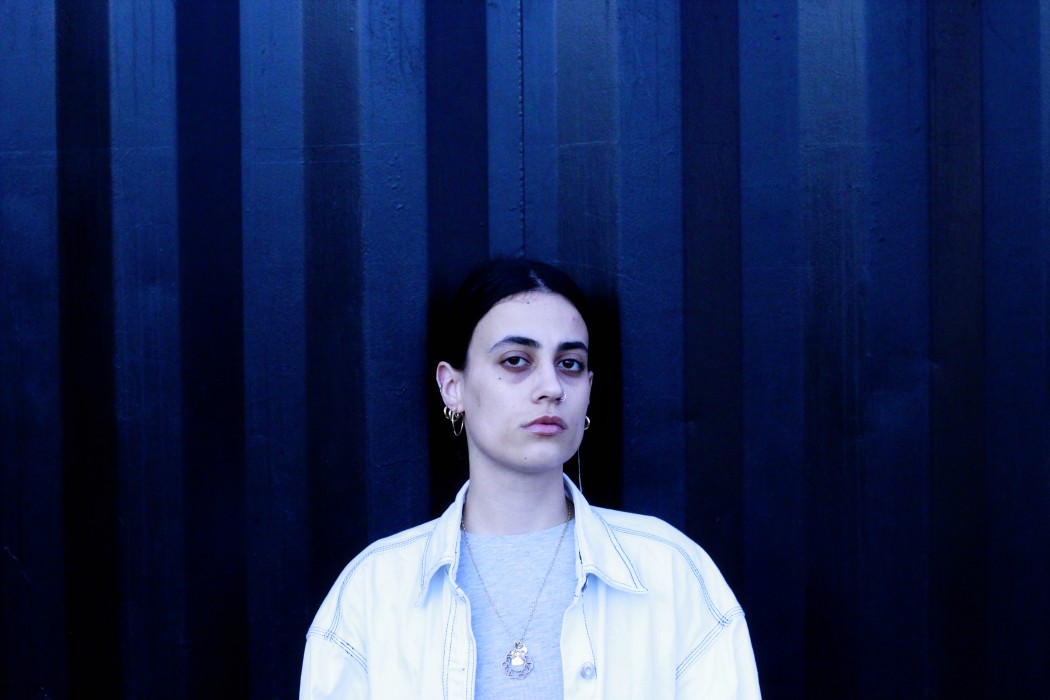 An interview with COUCOU CHLOE: „I think, it is important at the moment to be in control of everything.“

So, this is your first time in Slovakia. How long will you be staying here?

I am going to London tomorrow. I am here just to play at the festival.

What should we be waiting at your tonight show at Pohoda Festival? Will you play some new songs, singing etc..? If you have some time, what other shows you want to see?

It seems that you are really into fashion. What is your inspiration for clothing, are those your own ideas or do you have some „fashion stylists“ in your team?

To be honest, I have been putted in to fashion. I don’t know so much things about fashion but it started because I started to make music not long time ago.

One day I woke up and I saw that some of my tracks where featured on one of the Rihanna’s Fenty Puma show in New York. I was happy, like wow, bla bla bla… And, naturally, people from fashion started to hit me up to do staff, and I started to get involved in this area.

I think it is interesting as well to be working in the fashion, because it is different approach of music, different space that I want to show. I would love to compose soundtrack for the show, it will be very interesting, different process.

Do you have some fashion stylist? I saw on your Instagram a group of people behind you…

I wasn’t working on my fashion image with many people, I was and doing this alone but I got to work with Lee Trigg for few times in the past and brands send me stuff to wear now.

(…funny talk about Places+Faces bag coucou is wearing and doesn’t know the story of Ciesay and Soulz. Krištof from Swine Daily made an interview with them.)

I know that you were studying contemporary art in Nice. Did you enjoy the school?

Actually I was studying in “Villa Arson – Visual arts school of Nice”. Okay I will try to say this quickly. Basically, I was playing the piano when I was younger but I stopped it because, yeah, I wanted to hang out with my friends, fuck that all. Actually, I regretted it and wanted to play piano again, but I couldn’t because I wanted to do it only with one person and he was not available. So, I wanted to make a music again and I was kind of frustrated. Through an art school I started to do stuff around installations, experimenting and so on, but that wasn’t really my thing.

I realized that I wanted to make music for real. It was strange to make sound installations and I was like, wait, I want to make music! I just quit the school, I moved to London and started to do music.

Can you compare the scene in London in France?

I am not really able to, because I absolutely do not feel close, not feel as a part of the French scene. I have some friends who make music in France, but I am not really close to that scene. So I don’t know.

Do you have someone like your mentor or do you completely make it by your own?

No, I do it by myself. When I was living in London… The thing is that I was not really making music but I was doing staff with my laptop. I absolutely didn’t know how it was working, so I was trying to do staff, it was a nightmare…

I’m in “Logic”. I lived in London and Sega Bodega he just told me how to use it. He was like: “this works like this, this sounds like this” and okay cool (laughs). 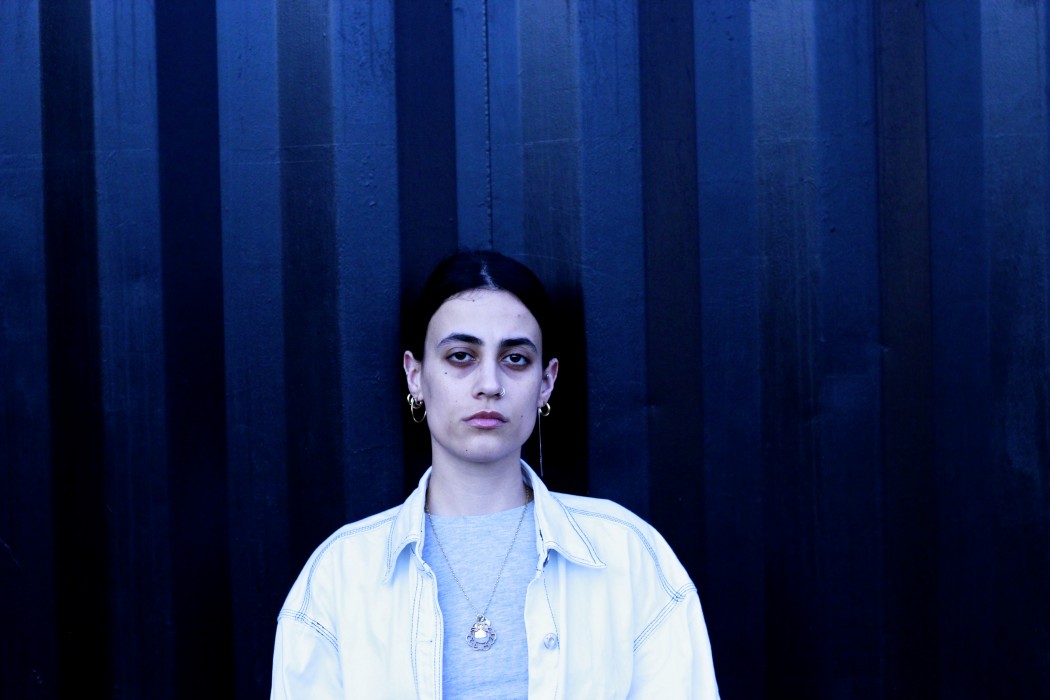 Yeah, I think the creativity is always more important than technical side of it, you can learn it…

Exactly, I’m still learning so many things, it comes slowly.. It is evolving naturally and yeah, it’s really exciting!

And what about your music videos? Are they made by your own ideas or do you have some people around you which are helping you?

Yeah I have two videos out – one for the “Flip You” and one for “GS”. For „Flip You“ I was working with friend of mine, Karim Boumjimar. He is an artist, we made it together. The second I made with friend as well. But, I think, it is important at the moment to be in control of everything. And I want to be in a process of making the video because I just want to feel right and sure about it as well.

What about your tour in Asia, was it a big experience? Have you learnt something new maybe?

Yeah, I think it was in mid April, I was touring for about two weeks, and it was amazing! I mean I was asking myself – “Do people know my music in Asia?” And then, I was surprised because people knew my music, they were singing with me, it turned up in every show. It was great! To be honest I definitely want to do it again.

I’ve read that you admire Arca…

…I used to really love Arca. I feel less sensitive for his new release. I really like when he had hip-hop vibe, really hip-hop inspired, that is how I discovered his music. He is a good artist and I really admire him as an artist, but it is true I prefer what he was doing before.

Do you have some favourite artist that you really admire know?

Ou yeah plenty! Lately, I was listening lot of trap and I have to say that I’ve discovered, not long time ago, the Italian trap scene, and pff, you guys are not ready (laughing).

I want to work as a producer, make beats for rappers. I started also my own label NUXXE with Shy Girl and Sega Bodega. We’ve started releasing our own staff, I released my latest EP ERIKA JANE on this label, and the new EP of Shy Girl, as well. We started to do our own things because we saw how the distribution and PR are working, and we wanted to be sure that our things go well before working with external artists. We actually took a new member to our crew – OKLOU, she is French and live in London. We released her EP on NUXXE. We want to make things right, start with the little and continue little by little, and so on.

What are your plans for the summer? Some interesting gigs maybe…

I am working on my new release, I am going to play some shows in Europe. I’ll be in Milan in September, I’ll be working in the studio. I am going to L.A., New York, Mexico and Brazil. 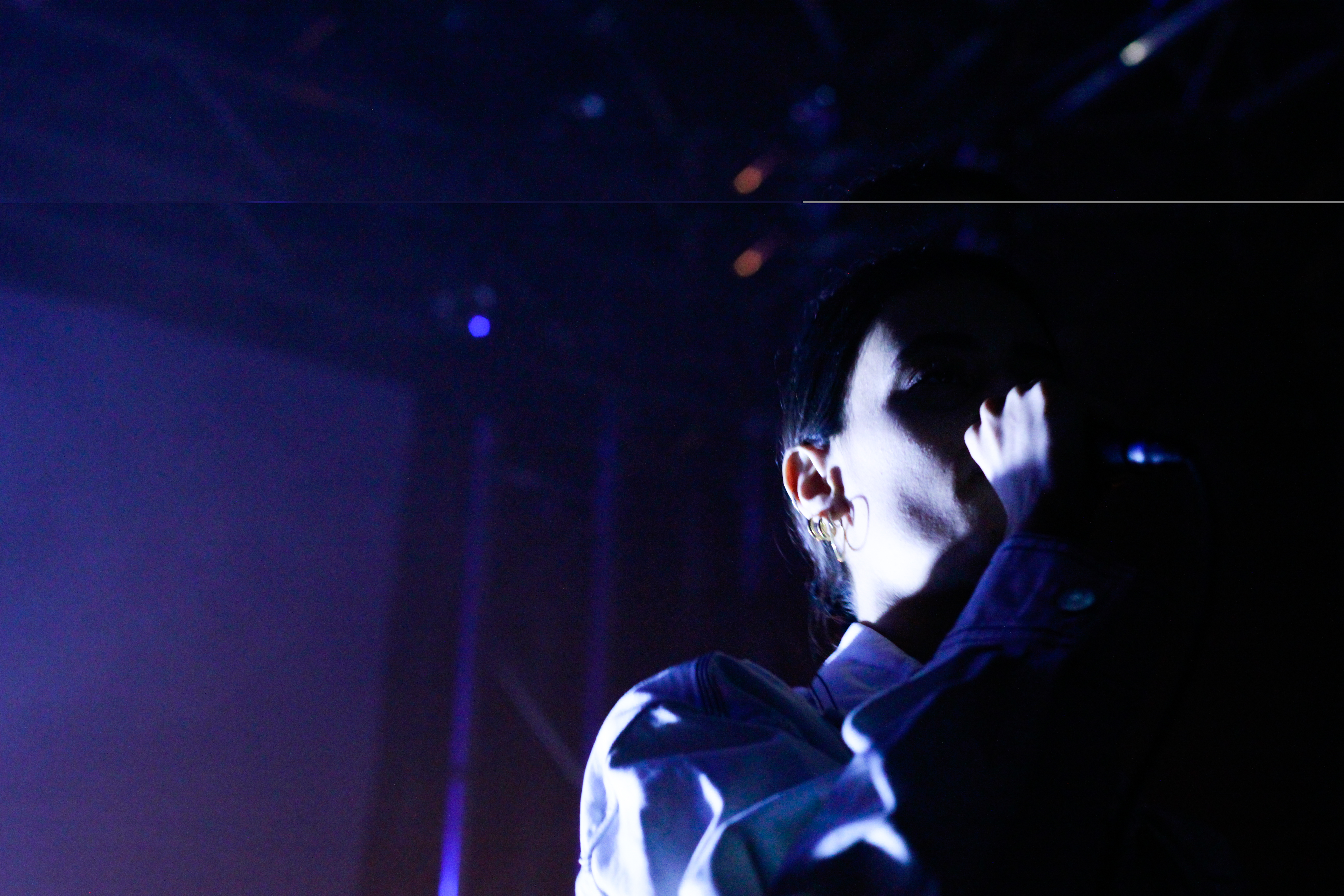 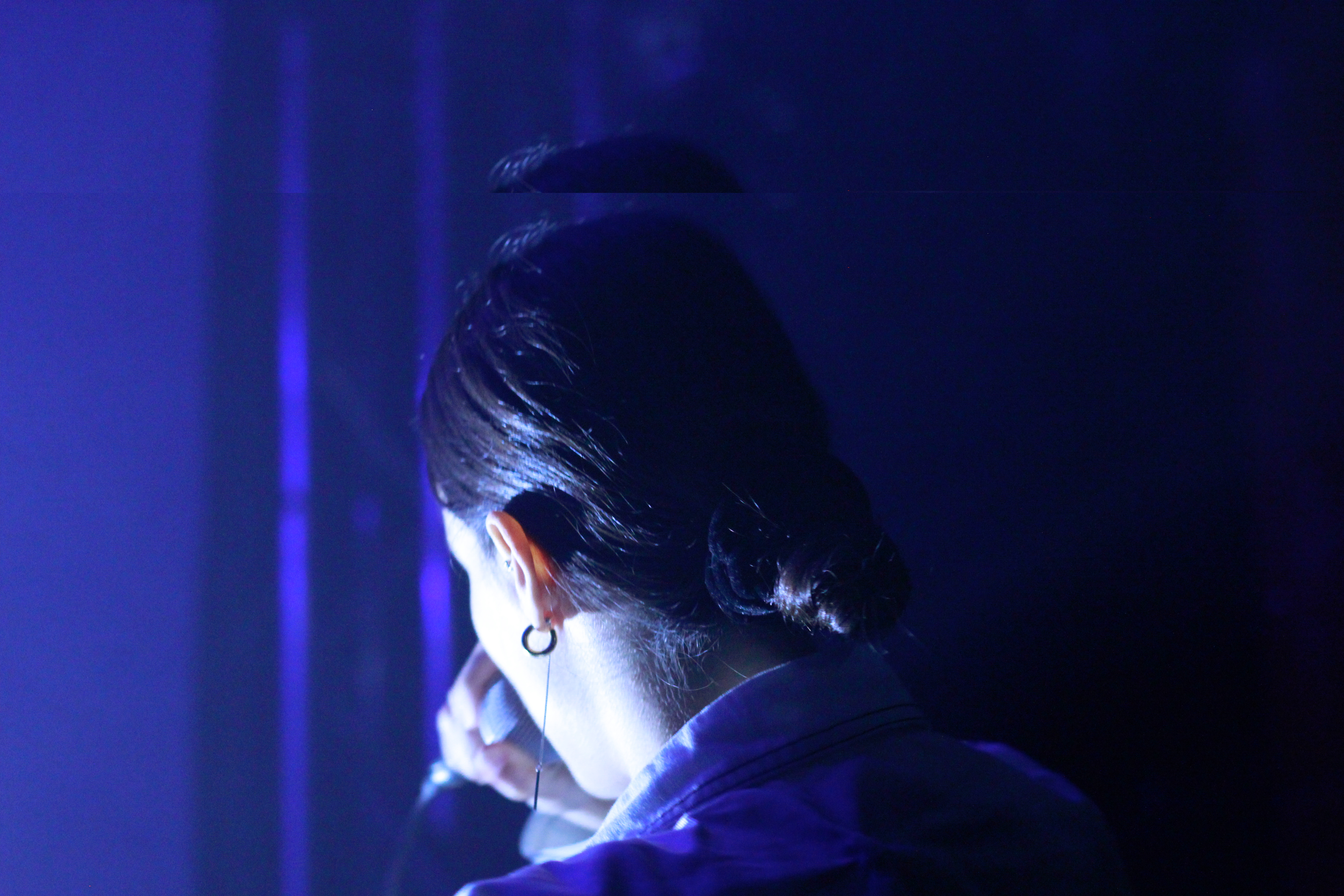 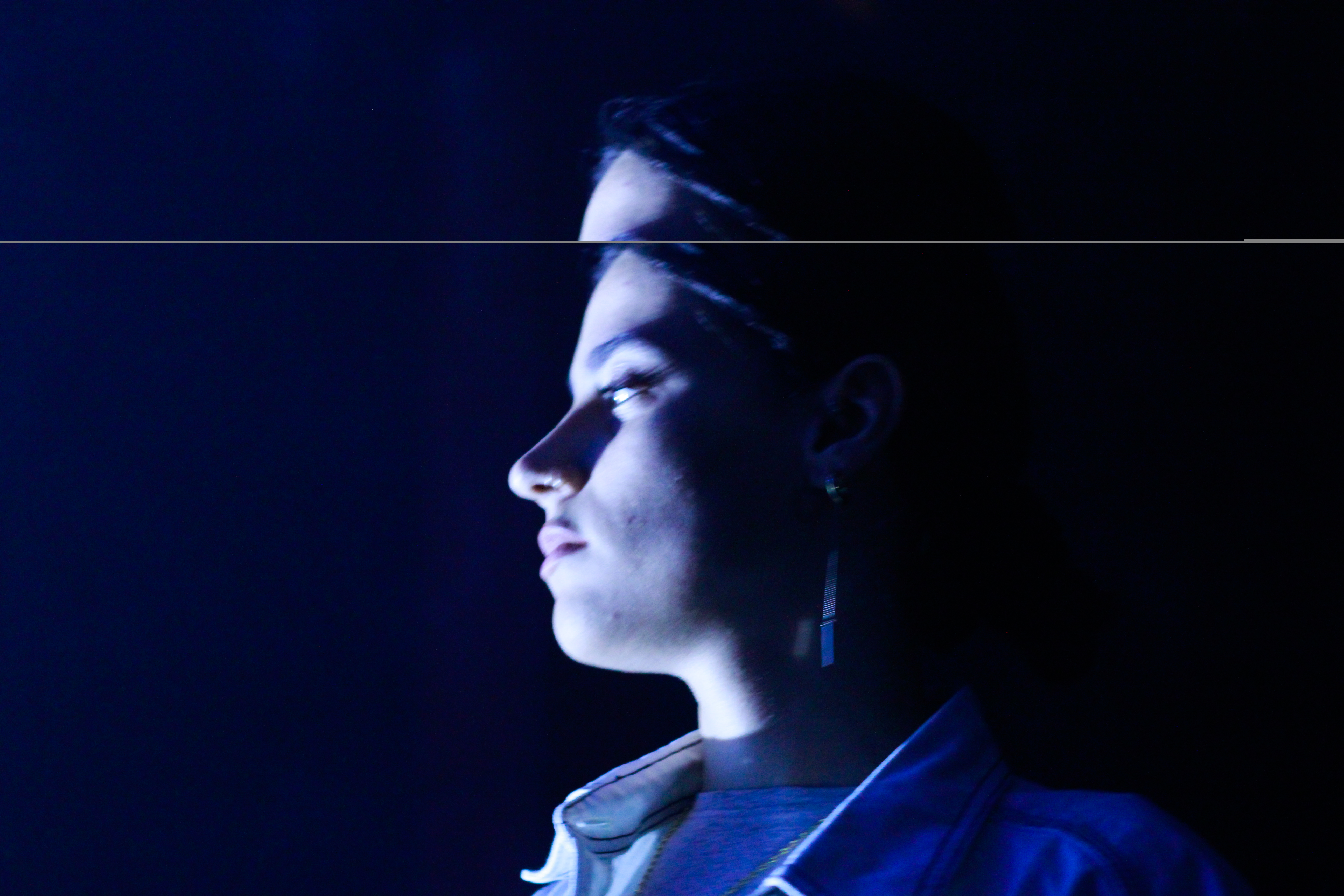