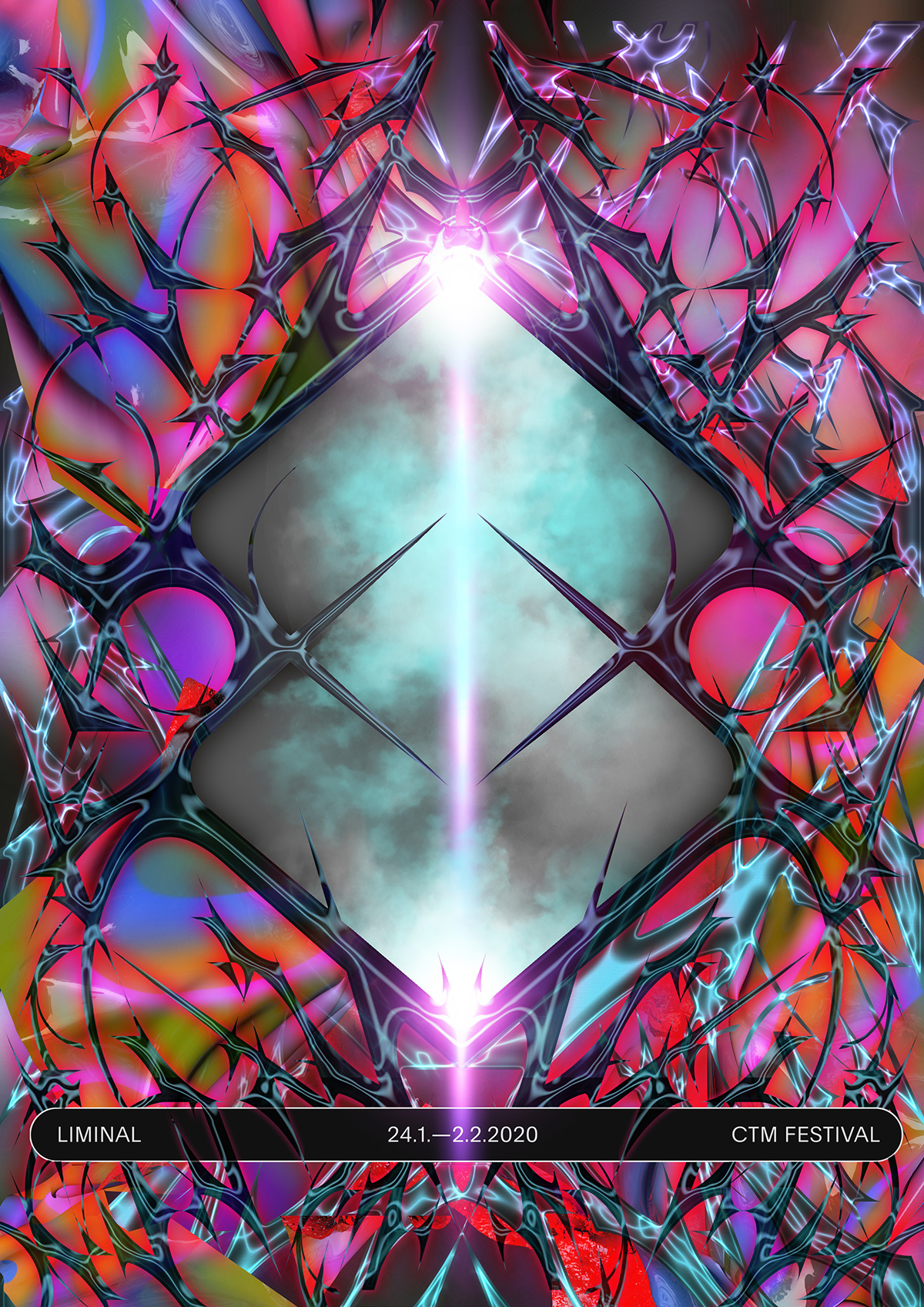 Third Wave of Artists and Projects for CTM 2020

As part of an ongoing exchange between Nyege Nyege and CTM, a number of artists affiliated with the Kampala festival join the programme. Hibotep’s music transcends physical and spiritual boundaries. Playing music from all corners of the world, though largely rooted in African and Arab traditions, she rejects rules and conventions in favour of embracing her rebellious nature, and encourages her listeners to do the same. MC Yallah & Debmaster have been bringing heat to dancefloors, whether via their Hakuna Kulala release Kubali or with their fiery, infectious live sets. Described as West Africa’s response to singeli, DJ Diaki’s polyrhythmic loop-based sound grew out of Malian “balani shows,” the electronic music common to local street parties, though Diaki takes the sound to its logical extreme. Duma is a Kenyan grindcore and doom duo active at the fringes of Kenya’s metal scene. Their unique blend of acid doom lyrics and polyrhythmic drum patterns warped into a frenzy of noise and drones marked a highlight at the most recent edition of Nyege Nyege. Catu Diosis is a core member of the Nyege Nyege crew. She’s known for a vibrant brand of booty friendly music, and has hosted women oriented DJ workshops throughout East and Central Africa. Don Zilla is studio manager of Boutiq Studios at the heart of Kampala—a staple in Uganda’s vital music scene. His From the Cave to the World EP churns out “viscous groove full of shadow-boxing drums and gutter bass distortion on the cusp of dubstep rave and halfstep D&B.” (Boomkat) The collaboration between DJ Scotch Egg & Khanja & MC Yallah was spawned from the CTM and Musicboard Berlin-supported residency at Nyege Nyege’s Kampala studios; fiery vocals and dense wails strike atop tumbling, syncopated percussion and weighty drones.

Teto Preto are driving forces within São Paulo’s cultural landscape. Spearheaded by vocalist Laura Diaz, a co-founder of vital party Mamba Negra, the troupe are known for songs such as “Gasolina,” which has been at the forefront of much resistance and activism by young, queer, POC communities. In 2018, they released Pedra Preta via Mamba Rec, described as “an amulet that transforms our generation’s grieving into fighting.” Bandmembers Laura Diaz and Zopelar also appear solo at the CTM 2020 closing party. In Rakta’s music, eerie, nightmarish grooves crescendo and hypnotic wails envelop listeners, swallowing them into a sonic world that is ghostly, inundating, and psychedelic. Their music marks a confounding “take on deathrock, post-punk and psych, challenging the confines of each genre.” (NPR) Convention-shirking Slim Soledad is part of São Paulo’s vibrant queer collective Chernobyl. 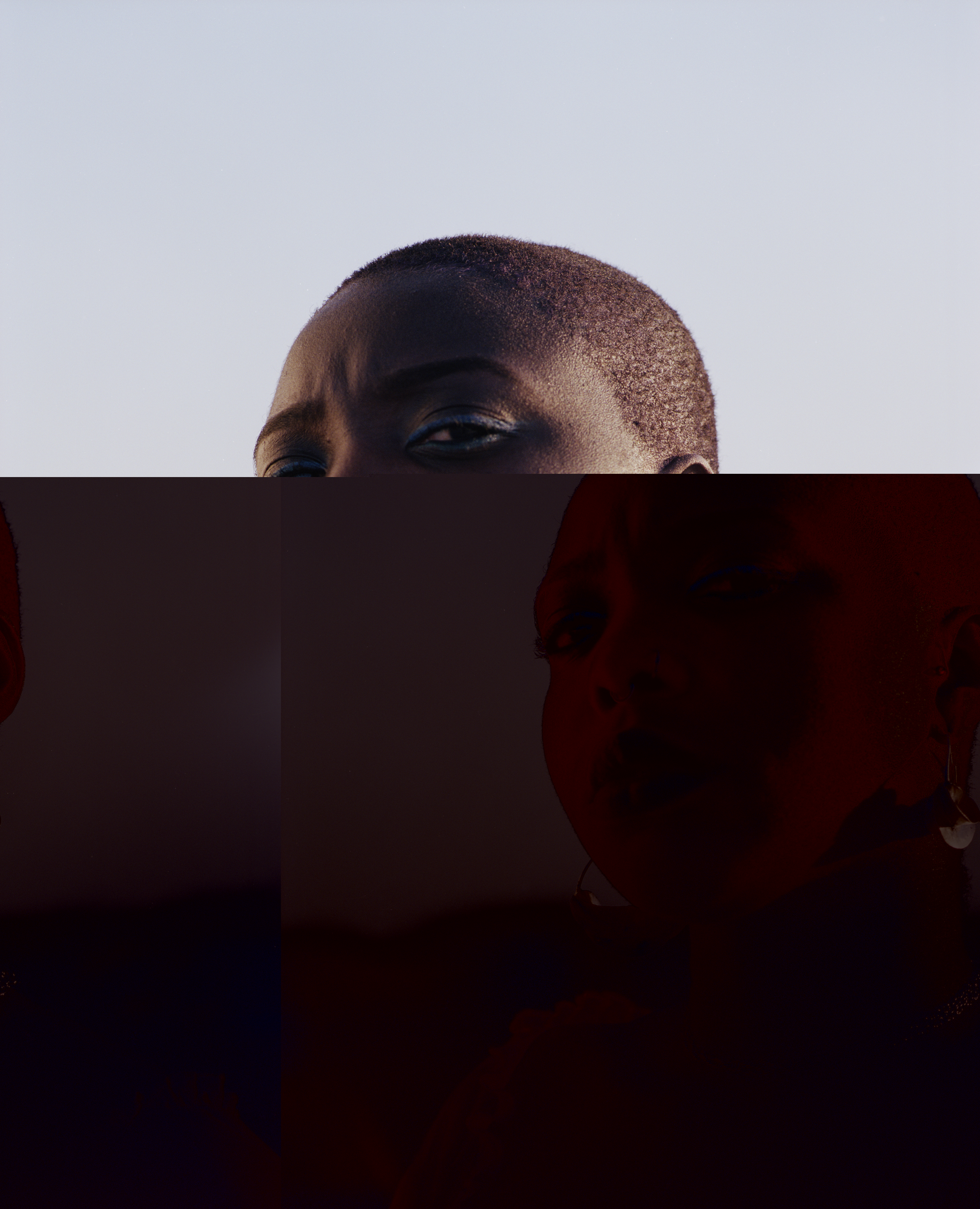 Jointly hosted by CTM and transmediale, this collaborative night at Berghain bridges the “Liminal” and “End to End” festival themes through hybrids of music, sound, and intermedia performance. Six acts explore liminal states and entangled realities with and beyond computational and networked processes. They unfold a spectrum of critical takes on the horror and allure of the inextricable entanglement of bodies, lives, and societies with intrusive and increasingly invasive computational and networked processes.

Sound artist and researcher Wesley Goatley critiques how data and artificial intelligence are routinely described, and the worrying effects this can have on the world. With performance lecture “Chthonia,” Goatley presents a conversation between Amazon’s Alexa and Apple’s Siri. While discussing their hidden histories, the “smart assistants” reveal their capacities, limitations, and the ideologies of their makers. Accompanying the conversation is a live audio/visual performance using the uncanny tonalities of AI voices as raw material.

Chaired from Berlin and London, the Demystification Committee studies late capitalism, developing a collaborative framework for art and research through which to investigate the covert, extended systems of power that shape contemporary society. Their practice encompasses the study of platforms, legal frameworks, machines, and communication networks. They present an A/V performance version of their work “ECHO FX,” which replays the Brexit vote through echoes of misinformation spread through networks with the aim of inflating the pound. As the market sentiment was shaped by these echoes, city traders with access to insider information pointing to a Leave win made millions from the pound’s collapse.

The complex entanglement of bodies, sex, technology, and plastics is the subject of Johanna Bruckner’s dance and media performance “Sym-poetic Desires.” A speculative sex robot is proposed through physical enactment in a polyrhythmic cyberspace aimed at queering technology-led world views of intimate relations. The bot stores information and its subsequent actions are based on training, which generates data-scapes of pleasure, redefining access and connection within computing. The emerging data-scape promotes polygamy, polymorphism, and micro-political viruses. 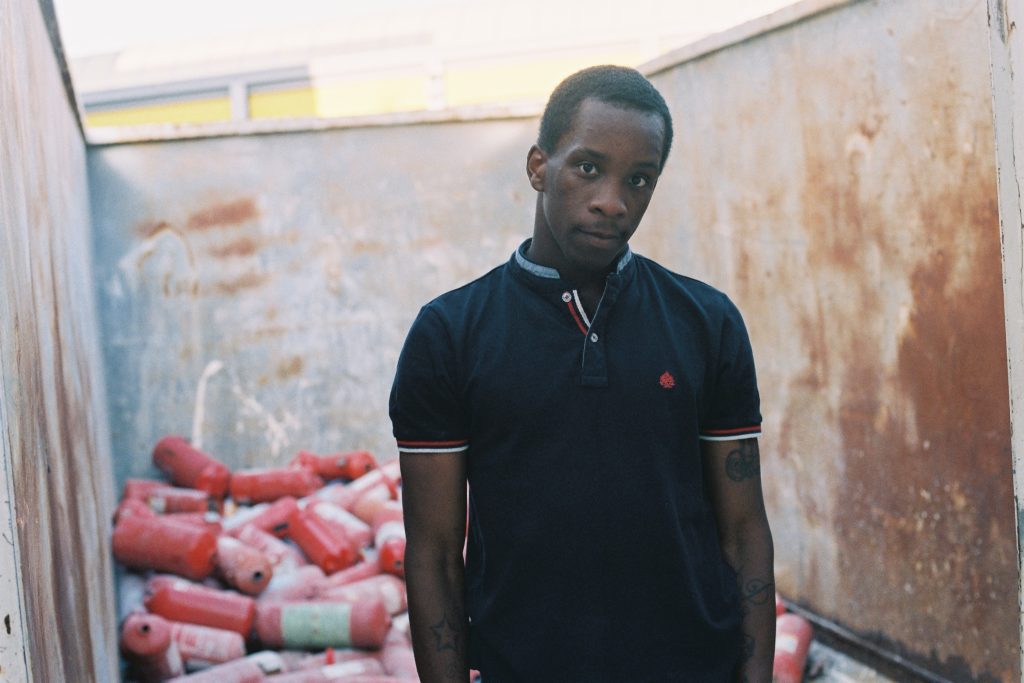 xin plays live following the release of their debut LP, MELTS INTO LOVE, described as “[a] deliriously psychedelic record [that] slithers in and out of the brain with the visceral body horror of a David Cronenberg movie.” (FACT) Hallucinatory probing uncovers new affinities, anxieties, and ecstasies amidst an age of noise and a society of spectacle, rekindling sound waves for full bodily inundation and affect. The record, which emerged on Subtext this past September, is distributed solely via independent platforms and sees all proceeds donated to Eden Reforestation Projects.

Patiño & Schuttel premiere a new, especially commissioned spatial work titled “No Laughing Matter.” Exploring laughter in relation to bodily presence and acousmatic sound, the piece studies laughing as a human gesture, as viral information that produces connectivity, and as material for psychological conditioning. “No Laughing Matter” aims to create an ambiguous space between fun, joy, ridicule, anxiety, and fear, muddling the boundaries between human voice and synthetic sound, male and female, acoustic and amplified, imaginary and real, individual and collective. Together with a group of performers, Patiño & Schuttel use humour as a subversive tool with which to question rigidities and cultural excesses of “seriousness.”

Paul Purgas and James Ginzburg, better known as emptyset, present a live version of Blossoms. Their recent Thrill Jockey record manifests their collaborations with machine learning systems, which were trained on their discography via a process known as “seeding.” By observing these systems feeding on their own creative output to produce alienated representations of their decade-long artistic process, [e]mptyset were propelled into a liminoid zone between unease and fascination that seem audibly imprinted onto their record. The pair told The Quietus that the process offered them “a chance to think more broadly about emergence and evolution in a very direct way, shifting into a space where we could address intelligence not as metaphor but as a material process in itself.” 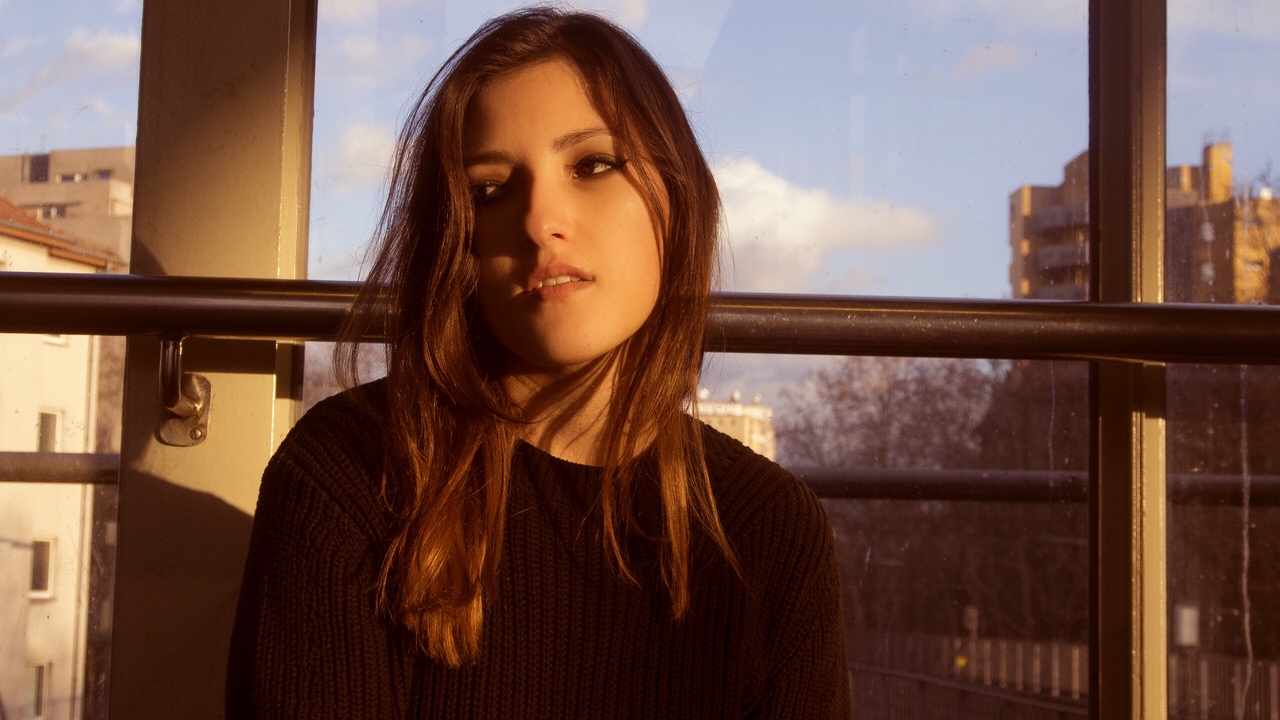 Modern Love’s Andy Stott appears following the release of It Should Be Us, which ventures “deep into the catacombs to explore a vision of club music at its most damaged—of busted samplers, waterlogged wax, cracked cement, and lumpy sandbags.” (Pitchfork) The double EP teases a forthcoming full length set for 2020. Stott is perhaps best known for Luxury Problems (2012) and Faith in Strangers (2014), melancholic records that ooze through bleak textures and sparse rhythms.

Ndeko & Imbratura, aka Sicaria Sound, are the Deep Medi affiliates known for rattling dancefloors with contemporary dubstep and all other bass-heavy UK sounds. Their sets take inspiration from Imbratura’s love for grime and dancehall, as well as Ndeko’s roots in sound system culture and electro.

Earlier this year, Lafawndah released her debut album, Ancestor Boy. Her work, described as “labyrinths of genre and style that teem with trapdoors,” (Pitchfork) winds across such a wide array of influences that it’s near-impossible to pinpoint. Ancestor Boy boasts contributions from the formidable likes of Aaron David Ross and L-Vis 1990. In 2018, Lafawndah contributed to Le Renard Bleu EP with ambient legend Midori Takada, marking Takada’s first new release in close to 20 years.

In the age of mass displacement, there is music everywhere, but what is it for? There is the right to make music, and there is music as a form of rights. Josh Kun, Milad Khawam & Rasha Hilwi present “Sonic Rights: Music of Escape, Music of Belonging,” a remix of declarations of human rights; a spoken and sonic tour of homes made only of music. Should I stay or should I go? Sometimes singing a song is the only way back to a home that no longer exists.

Moroccan DJ and producer Guedra Guedra has made a name for himself in his home country. Venturing through the psychedelic and bassy undertones of African dance musics, Guedra Guedra looking outward to embrace sounds from all over the world.

With one foot in Berlin and the other in Cape Town, Floyd Lavine is a DJ and organiser, active as one of the forces behind RISE, a Berlin-based event and label inspired by the sounds and cultures of Africa. Lavine plays b2b with MINCO, a RISE resident known for channeling polyrhythmic grooves and positive energy.

DJ Plead is known for club-ready releases such as Pleats Plead, shared via TSVI’s acclaimed Nervous Horizon imprint, and Hinged, a collab with Cop Envy released via Air Max ‘97’s DECISIONS. He makes tough, functional, and percussive tracks that reference his Lebanese background, drawing on conventions from recent pop to traditional wedding soundtracks.

Colombian artist Isa GT draws from cumbia, house, Baltimore club, baile funk, kuduro, and everything in between. As Etoro’s label boss, she works to support Latinx artists, an aim also evident in her frequent collaborations. Her own productions have been shared on labels such as Fania Records, Mad Decent, Man Recordings, Dim Mak, and Don’t Be Afraid.

A number of DJs bring their far-reaching selections to CTM, setting the tone for various club nights. Mo Chan, sometimes known as DJ Kohlrabi, cruises between fun and depression, construction and destruction. Playing anything from the sludgy to the manic is Hyper Real Radio host Opium Hum; across his sets, sombre, hazy drones meet heavy, shifting rhythms. Born in Flamez subverts gender and genre with a panoply of influences somewhere in the nether regions between deconstructed pop, grime, lofi, and club not club. The explosive, infectious Ivicore is a Venezuelan DJ and producer weaving together trap, reggaeton, kuduro, afrobeats, and everything in between. Ashley Venom is the Haitian American DJ and producer hailing from Miami; her sets guarantee dark moods for the dancefloor.

In keeping with CTM’s support of Berlin’s local culture, the festival will present a collaborative evening with creative development programme Amplify. Jessika Khazrik, writer and performer, delivers both DJ and hybrid sets; The Allegorist sings in a fictional and majestic language in an effort to bridge boundaries; Grinderteeth builds vast, noisy soundscapes through live improvisation; Max Dahlhaus, audio-visual artist and producer, plays live and DJs; and Bora, the multidimensional producer and artist, performs a live set that plays with performance and ritual. To close out the night, the artists come together for a b2b. Amplify Berlin is an initiative of Acud Macht Neu, co-funded by the Senate Department for Culture & Europe through the European Regional Development Fund (ERDF) and Musicboard Berlin.

Take a sip and do the dip! Berlin club collective Ghettoraid take over Griessmuehle’s room 2 for a night of booty bass, ghetto house, and all good things in between. Heating up the dancefloor will be jpeg.love, Souci, Tamila, Turk & Fin, Young Lychee, $ombi, DJ Fucks Himself, and friends, percolating the likes of footwork and juke in a cheap DJ mixer to create Ghettoraid: the jukin‘ juice!