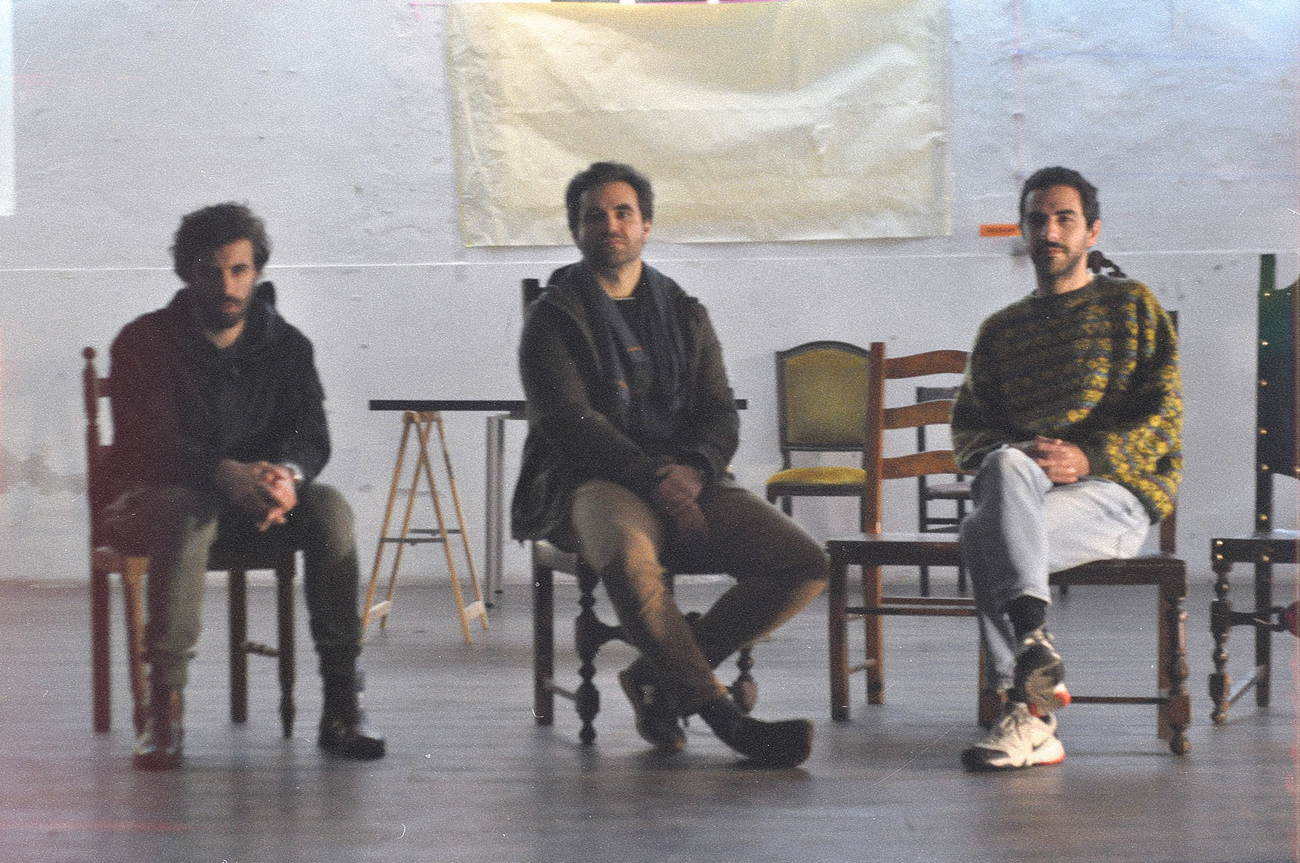 I’ve discovered ZABRA – an electronic and experimental label from Lisbon, two years ago on Instagram and SoundCloud. They seemed unique and interesting. I was attracted by their aesthetics and music releases. It was a strange dreamy magic realism-influenced electronic music. Later I’ve approached João Pedro Fonseca, founder of the ZABRA, who is also a director at art residency center ZONA – Residências Artísticas de Lamego and creates music under alias Trance Witness. He is also an independent artist with exhibitions, performances, and works with opera and theatre scenography.

► It’s a pleasure that you have liked our tracks. ZABRA is a new label from Lisbon, Portugal. It is a union of electronic musicians and a visual artist, with a very own perspective of music.  We already did a live podcast with Mr. Herbert Quain. And we’ll edit more electronic music of all electronic genres as long as we identify ourselves.

For an incredible – almost one year – I couldn’t respond back to him.

It’s ZABRA here, we already release 8 projects and I thought maybe you want to write something now, what you think? 🙂

So OK! This was enough! And I prepared the questions finally. João was kind and patient and sent me very thoughtful and insightful answers.

On the album XYYZ by AFTA 3000, there is a song called „This is Europe“ and then this question came to my mind. Are you thinking about the relation – Portugal vs Europe? Do you think of Zabra Records in the context of European electronic/experimental music labels and collectives or are you creating your own independent world? Maybe it’s a stupid question but I just thought the relation between Portugal and Europe is interesting.

The view that I take from the perspective of electronic and experimental music outside Portugal is that there is a strong need for deceleration. I don’t know if it’s because of the times we live today, in an era where cultural and social speed is super accelerated, but that factor steals time and spaces for rehearsals, so „experimentalism“ becomes more remarkable as it launches electronic music for an approach more deconstructed.

Electronics is a work-at-home process, isolated on social music networks: SoundCloud, Bandcamp, etc … there is a lot of people producing but few to act. Perhaps taking the AFTA 3000 title “This is Europe”, Portugal is expanding and finally catching attention – we exist and we want to share experiences. ZABRA doesn’t try to stand out from the other labels or be different – in fact, when an identity is created and goes into activity ends up walking its own path. ZABRA seeks to find itself in the midst of all this turmoil, to understand who is and what place it occupies with the help of all artists who venture to enter this boat. I think it’s not that urgent to have an independent path, but rather looking at the present and realizing who we are. We have several tools: music, visual arts, design, video, performance, etc … and all of these ingredients aren’t only constitute a records label but also an idea – and this is what we pursue.

How do you select and invite artists to your label? Are they mainly from Lisbon or all across Portugal? What’s the process of contacting the artists? Maybe meeting in person and then discussing the next project for ZABRA Records?

The process of choosing artists is simple, they’re all artists who wanted to release with us. We have been dealing with many musicians, performers, activists, etc. for a long time and when we talk about the creation of our label, due to the fact that we already have a long participation in artistic and cultural activities, several people wanted to release with us, not only from Lisbon but from Portugal or other countries. We always have in mind the artist’s vision, if it fits in what we seek to be an approximation of the ZABRA identity, there isn’t need to meet in person, the artistic work already speaks for itself.

2020 is going to be different, we are also looking for artists because there are things we want to have and we can’t just wait for them to come to us.

We realize that there are people full of quality who are ashamed to show their work – either because they are stuck with a kind of idea of perfection that has not yet reached or because they don’t have enough confidence in their work. We would like to meet and invite them. Especially to expand the range of gender and artistic identity, don’t let the label sink into one side and direction.

On the Terra Chã release, you’ve mentioned Portuguese writer José Saramago as one of the inspirations. I’m curious, what are some other works of art, literature, music, etc. that inspired the sound and style of Zabra Records.

José Saramago was mentioned in the description due to the essence of the island that the EP involved. Being a Portuguese project and the writer also created this analogy. It’s difficult to say what the sound and style of ZABRA is inspired by, I cannot say names or refer to certain works because the inspiration is constant – I believe in the present, in the matter of the instant: when we open the Instagram and we are bombarded with 100 images in 1 minute as we are in SoundCloud where I come across 20 new songs.

It doesn’t mean that there is no time for reflection. There is, and maybe ZABRA is the result of that, but now telling you what’s going on would maybe stop this organic rhythm we are having. I prefer, in a few years, to look at the label and then realize its contextualization and finally understand how it came to be here – all names and inspirations inevitably come after it. This is all a collective process that transcends even our own notion of the present.

How do you reflect on Zabra, now, after 8 releases, video clips, live mix series and so on? What do you feel when looking back at your history of the collective?

It’s interesting how we got here. In a few weeks, we’ll release an artist from Barcelona IHHH, it’s something we were not expecting. Everything becomes so organic that we deal with things normally, but when we look back we start to realize that, after all, there is already something grown and shaped. I hope this international artist be the first of many. Looking at everyone who has released, so far, and referring to the first event that was held with all the artists of the label together (ZABRA i n t e r f a c e at ANJOS70), I can say that there is a huge energy in taking ZABRA records forward. There is a clear faith in this project.

They all express themselves in a uniquely musical way but with a very close atmosphere. I’m increasingly convinced that isn’t only music that ZABRA deals with, with events such as EXTINÇÃO or the performances of resident artists like me (João Pedro Fonseca) or Carincur, there is a whole artistic and performative universe that expands. That’s the path we currently want to take. We want to look for more forms of expression. We try to lead the viewer not only to the liberation of body and mind, but also to immerse themselves in a world that they aren’t used to deal with. Every time we look back we realize that’s the challenge of the label.

What are some of your dreams that you want to work on with the label?

This approach to performance as I mentioned in the previous answers and the immersion in them was something I would like to bet more on – achieve a more artistic edge. At this moment there is a dream to make a compilation of national and international artists to interpret an artistic piece of an imaginary exhibition that never existed. Invite some artists to try to orchestrate music for a piece that will never have a physical form, this idea of the spectator being the one to give the physicality creates a very individual universe for each listener.

There is also a desire to challenge our artists to get out of their comfort zone, to explore other ambiances and sounds. That is a bridge that we have to build.

We would also like to focus on creation of rupture from what the stage, the artist and the spectator is, merge these three elements and break the barriers that separate the possibility of a deeper connection between them, let the observer also be an integral part of the life, make it present.

In short, I dream of ZABRA growing in all directions and becoming more plural.