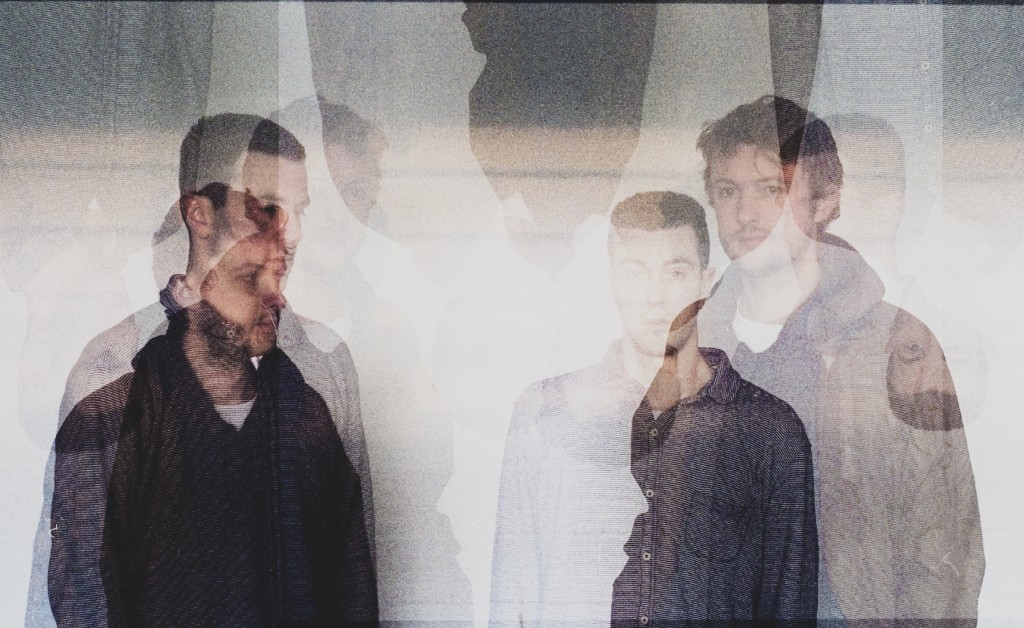 [ENG] Check out our email conversation between our editor-in-chief Krištof Budke and Duncan Bellamy, drummer from Portico Quartet, who also designed the artwork and made videos for the songs.

The album can be experienced like a whole complex story. What was the creative process like? Did an idea/concept come first, or it is based on live improv jam sessions?

Well, we started with me and jack writing ideas separately on our laptops, recording small motifs and loops. We then came together and started to flesh out the tracks into full compositions. There was a lot of material that was discarded along the way to get to the fial album. It was hard choosing the final running order as we had so much choice, so at some point we had to really decide how the album felt as a whole and how we wanted it to flow and feel. The themes and ideas came alongside the music and also afterwards, we didn’t start with the title of the record for instance.

How much time did you spend creating the album? Was it a long and difficult story, were there complications, or was the whole process mostly enjoyable?

I think from starting to write ideas, to listening to the final masters it took us just under a year, which feels quite quick actually. We took some decisions early on about how we wanted to approach this record that made getting started quite easy, and gave us a framework from which to work. Naturally there were some hard points but overall the whole thing seemed to flow and take shape really naturally this time.

Is the album your reaction to the present-day world? I get an intense, somewhat uneasy feeling which reminds me of the stress and haste of modern life…

Yeah I suppose it is in its own way. The title of the album is posed as more of a question – what is it to make art in this time we find ourselves in, with all its intricacy and specificity. The record is quite sober at points but I feel like there are moments of light and hope as well.

The album has a perfectly natural fusion of jazz and electronic music. I’m curious whether there was specific musical inspiration from other artists…

Well there’s so much music that’s inspired us along the way. Although when we were writing the album I think we didn’t really listen to too much music at all really. By the time you come home each day your ears are pretty tired and I usually just wanted some silence!

Have other artists on GONDWANA Records, influenced you too? Maybe Matthew Halsall or Phil France (his newest album, mainly the ambient parts)?

No I wouldn’t say so really, we’ve just been doing our thing and focusing on that. I feel like when you listen to too much whilst creating it has a habit of seeping into your own work…

Did you get some kind of inspiration from visual art, too? I really like your glitch art video and also artwork for the album.

Certainly visual art, but also lots of other mediums such as films and literature inform what we do. Visual art is a big part of my life so naturally ideas I have there tend to run through my head. Thank you, I designed the artwork and made the videos!

Have you some special visual concept for your live shows, too?

At the moment the visual concept is quite simple but I’d really like to incorporate a stronger visual element to the shows in the future.