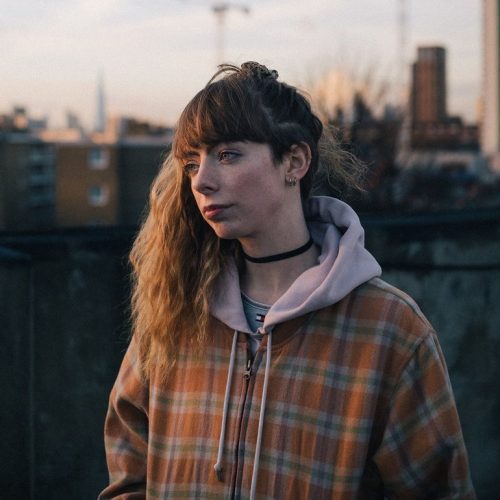 When did you start making music? What were the first artists, bands or albums, you remember had an influence on you?

I technically started making my own music aged about 12 when I started playing guitar and writing songs… that’s nearly 17 years ago though, obviously, there have been many stages of evolution since then.

To name a few artists who captured my imagination at the time I was becoming infatuated with the art-form were PJ Harvey, Frank Black, Gillian Welch, Tom Waits, The Clash, The Cure, The Beach Boys, Bob Marley. I was exposed to many different types of music, notably my dad often listening to minimal music like Steve Reich and Arvo Pärt, of which I remember the effect it had on me more than anything else. Another important influence was the presence of jazz and blues songs that my mum performed, with their timeless melodies and comforting melancholy.

How does this Citrus Paradisi project differ from your older albums?

I approached the technical side with more deliberation than usual, and always kept in mind the ways it could be played live. Despite having a heightened awareness of production, and the ways I could improve my work based on what I have already finished and released, my approach to the compositions remained spontaneous and improvisational – that side of it is still about as intuitive as it gets. The themes that persevered were often related to being outside and listening to the sounds, and conversely dance and expression through movement.

I recorded many layers of the ‚Mermaid‘ vocals in my garden, in fact, the garden I currently have has been a strong player in this album – there are many recordings from it throughout the record.

I often felt that the tracks were inspired by synchronicity, as in hearing background sounds through the window that seem to fit perfectly with the music I was making, almost purely because of the fact that they were happening at the same moment. It also differs from previous albums in the use of sound objects to illustrate the stories, which is most noticeable in Blood Orange. I also used a recording of my housemate’s BMW’s engine in a couple of tracks… it is probably the most localized album in terms of the sound pallet… everything was made using objects near to me at the time. 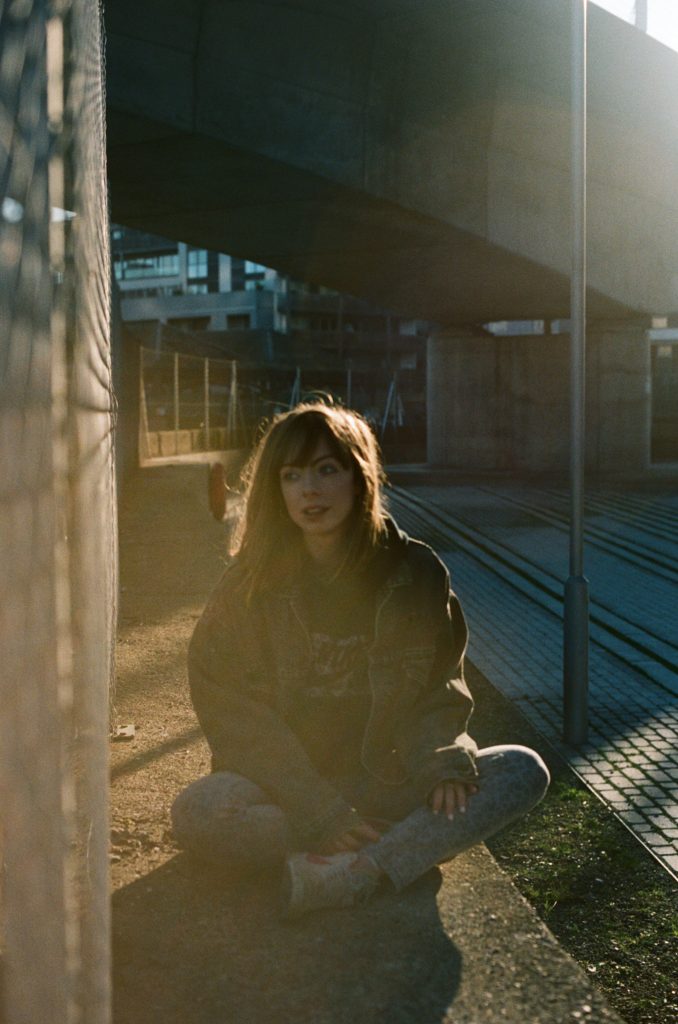 I feel its wonderful and coherent collection of songs, that perfectly captures your unique artistic style. Do you feel confident with this album? Or there might be things you want maybe improve at songwriting (lyrics or music)? – What are the musical elements you want to explore more in the future?

I feel very confident in this one, I tried to make it a flawless one, knowing that I possess more knowledge than I ever did about all aspects of making albums. It’s not flawless though of course. I took out a couple of the tracks that weren’t as good as the rest, which did make it feel more refined, but also more militant. Some tracks could easily have had a full set of words and melody, particularly „Pastel“ and „That Thing„, but I was more focused on the sounds, they took up most of my creative energy so I let them have space. It also requires a different part of my mind to write lyrics, a side of myself that I didn’t seek out very much during the making of this album.

What inspired you during the process of creating this album? Were there any special life events, or just feelings you wanted to express?

A certain feeling of joy and freedom that I got from being in a position to make music as a profession, certainly a feeling of gratitude for this awesome journey. Even if it is far from easy to get by as an entirely independent musician, particularly here… I am still lucky and doing alright I believe.

These were related to confidence, acceptance, embracing roughness, imperfection, and truth, feeling no shame, knowing when to let it be and when to persevere. Perhaps this album is actually inspired by faith and synchronicity.

What artists do you like and admire? Can you tell us some of your favorites, that inspire you?

I honestly like most artists in some way, anything that is good will inspire me to make music. To name a selection of my contemporaries whose sounds and songs I particularly enjoy, how about Kirk Barley, Caterina Barbieri, Huerco S, Jon Hassell, Jan Jelinek, Midori Takada, Rian Treanor, Space Afrika, Ellen Arkbro, Lonnie Holley. 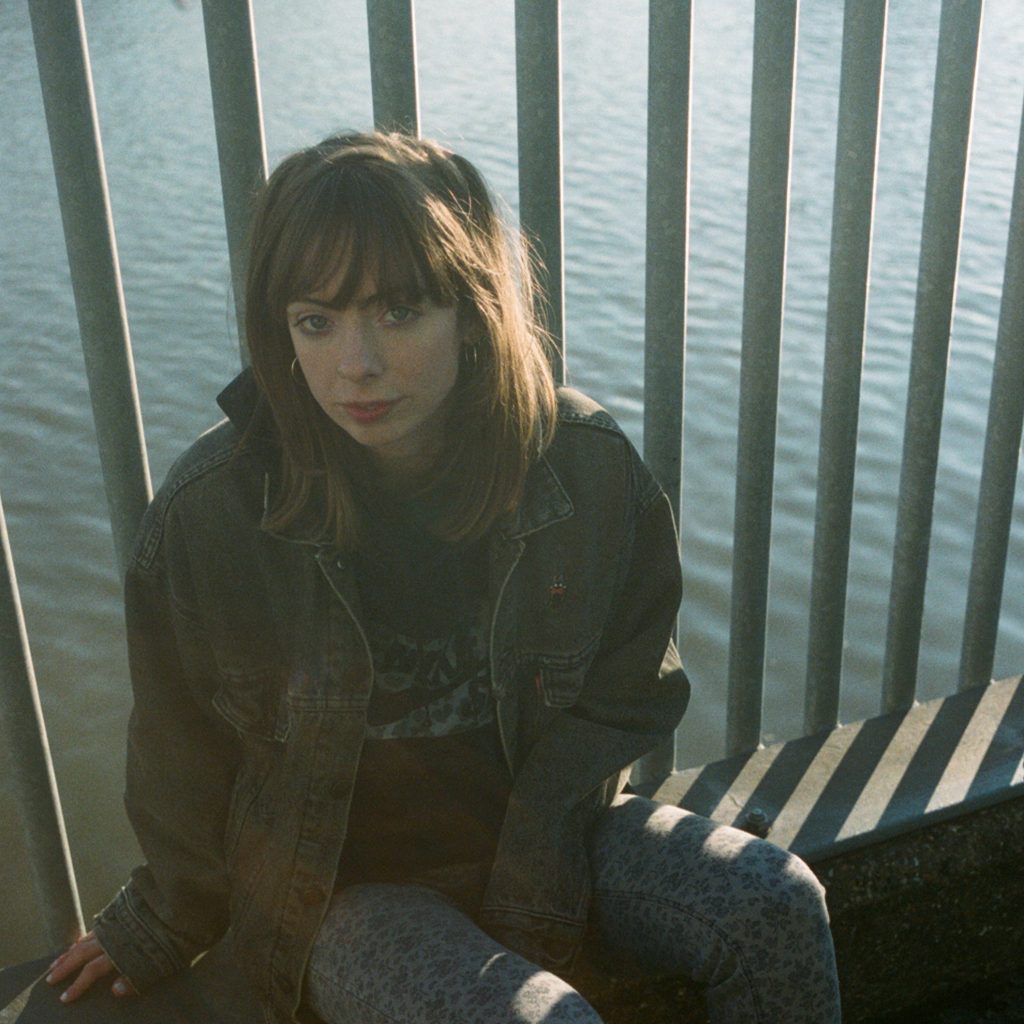 Who is making the visual side of your project? Are you creating the cover for Citrus Paradisi by yourself? It perfectly fits the mood of the record!

Thank you… I have mainly been making the artwork myself. For Citrus Paradisi I used a photo taken of me last year by Jodie Cartman and blended it with my smashed triangles idea that I had for the album.

I often work with photographers to get a collection of good photos and then from there I experiment, trying to focus on the colors and shapes that the music evokes.

Sometimes I have a vision before I start, which I can simply realize… Releasing albums has given me the opportunity to make visual art again, as I find it easier to do when there is a motive, purpose or concept ready to work with. I have always been good at drawing and design so I am glad to be able to incorporate that into my releases.