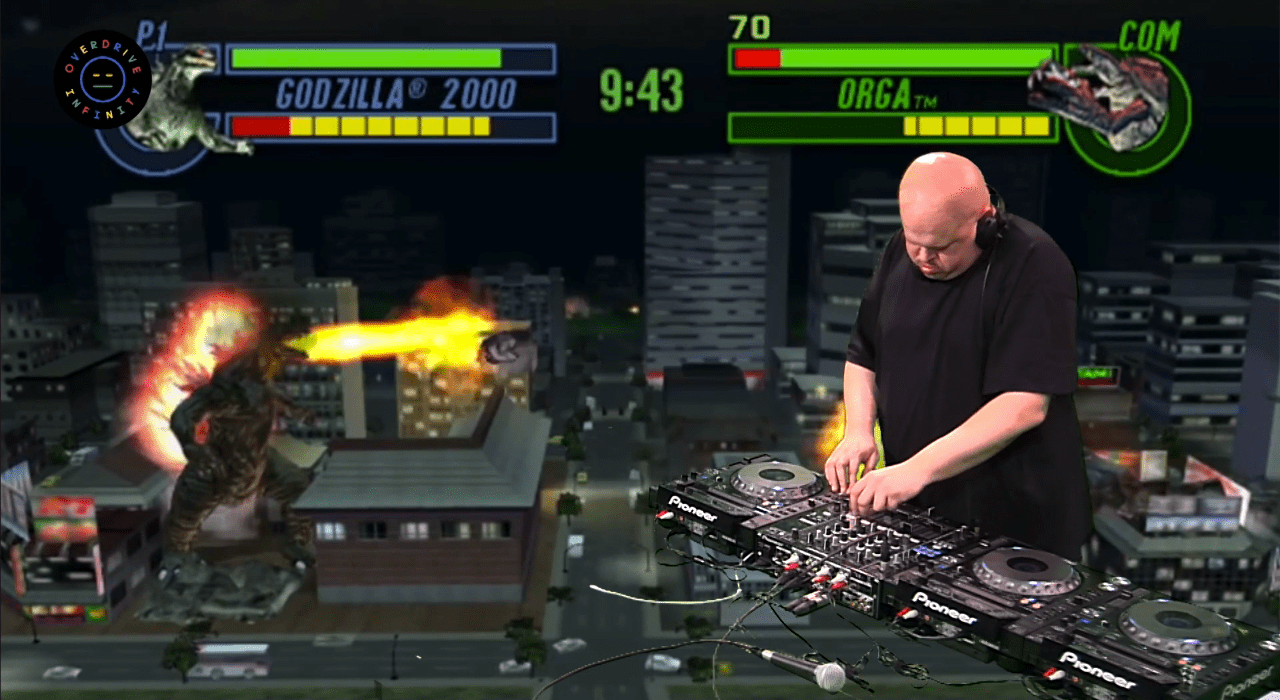 Teki Latex: „I like putting an audience in the balance between the familiar, the unknown and the forgotten.“ 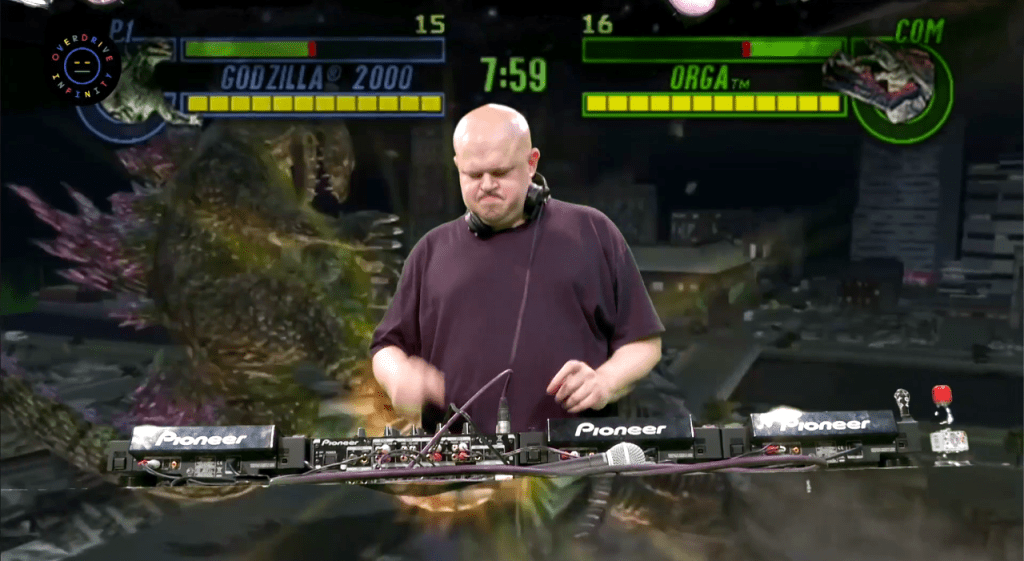 Your music career have started in the alternative rap group TTC. How did you get from a hip-hop background to an electronic music?

As a French teen I was listening to stuff like Daft Punk and Aphex Twin on the radio and TV all the time, even though I was mostly into hip hop when TTC started in 1998. In 2000 we signed to UK label Big Dada which was a sub-label of Ninja Tune, which had mostly electronic artists on their roster, so we started gradually paying a bit more attention to that scene. Then we met a group of people we would soon create the label Institubes with, and all that these guys listened to was IDM and weird house. I got super into it, and DJs in my entourage like DJ Orgasmic and Feadz helped me discover more dancefloor styles and go deeper in my understanding of electronic styles.

How this background is influencing you now, in your everyday DJ‘s production?

What influences me since the beginning of my career is finding bridges between different music styles and genres. For example finding a grime record from 2003 which utilises the same sound as a certain techno record from 1991, and then finding a tune from an obscure producer from 2018 that sits in between those two styles, and mix them all together to create a new cross-generational thing that sounds simultaneously new and coherent. Or speeding up an Italo disco song to mix it with ghetto-tech and throw an acapella from a 2006 Atlanta rap group on top. That’s the kind of stuff that had always fascinated us since the days of my rap collective TTC, and that still fascinates me today when I put together a DJ set.

Which music collaboration, that you experienced during your music career, have affected you the most and how?

I’ve collaborated with a lot of people since the beginning of my career, from making songs with Modeselektor to DJing with L-vis, Bokbok and the Night Slugs guys. I’ve learned a lot from confronting my art to other people, but the most meaningful of all these collabs are those that came from inside our crew, with DJ Orgasmic and Para One notably. And even though it is less obvious in my work as a DJ today, I also consider Chilly Gonzales, who I’ve worked with numerous times, as a mentor and a massive influence. 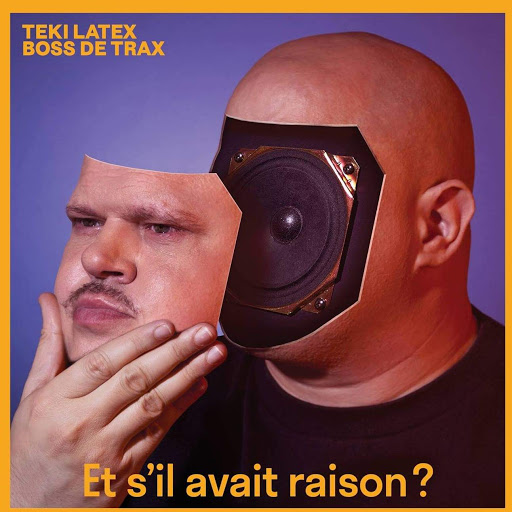 You are one of the co-founders of the famous electronic music label Sound Pellegrino, whose selection seems to be musically really wide. What are your preferences when choosing a musician that you want to work with? How do these collaborations mostly start?

Orgasmic (who started the label with me) and I were really always digging for new sounds and being sent a lot of new music from around the world on a regular basis. We always seemed to be driven by a need to release music that stood in between genres and styles, hybrid styles of music. Music which stood out. We value originality, skill, singularity, charisma and character above all else. Nowadays the label is on hiatus but this is a state of mind which stays with us whenever we select music, whether it is for a DJ set, a radio show or when we curate a party or an internet broadcast.

What is your overall attitude to the electronic music and DJ-ing itself? What is the idea before you start to play?

I take DJ-ing very seriously, like some sort of martial art, but it is also like haute cuisine to me. It’s a mixture of the two. So I approach it with a very competitive mindset but the competition is also with myself. I feel that when DJ-ing you have to maintain a balance between pleasing people and pushing yourself out of your comfort zone. I want to change people’s lives when I DJ, I want to create unforgettable memories and do things that no other DJ can do.

Your music is not easily definable. How do you work with it? What is the concept that is pushing your sets forward?

There’s no particular concept but I like putting my audience in a situation where there is a certain balance between the familiar, the forgotten and the unknown. I’m driven by my obsession with the New and the Futuristic but I also like to lure people on the dancefloor with anthems they know and love, recontextualized in a way they haven’t heard before.

You also run your own webcast program Overdrive Infinity, that is focused on DJ sets on Dailymotion. What is the main difference for you between playing for real audience and the online one? What is your personal preference and why?

Unfortunately, Overdrive Infinity doesn’t exist anymore due to an accident at the Dailymotion Studios in Paris in 2016, but around the time it disappeared, I got hired by Boiler Room to program and host some of their shows, mostly in France but also the UK and Korea. Playing for an online broadcast is of course very different than playing in a club. If there’s no audience during the broadcast it is more akin to a radio show or a mixtape, but if there is an audience (like for Boiler Room) it gives you two options; to either work for the crowd that’s in the room or to work for the audience watching online (and usually this means pleasing a certain community of trainspotters who want to hear unknown tracks or exclusives). I feel like you kinda have to choose one or the other, but generally if you do a good job working for the crowd in front of you, the online audience will appreciate it more.

Have you played in Prague before? What are your expectations?

I think this is the third time I play Prague, and the second time as a DJ. I remember being shocked by how much people knew about my work last time I played there.

From what I see, the Prague crowd really knows their stuff, they go to festivals all over the world and they follow DJ culture and electronic music on a deeper level than the average French clubber.

I actually remember running into Czech kids telling me about my last Prague show in festivals in Germany and the UK years after the show took place.