Sprinkled with stammering synth stabs, these tracks distill something infectiously clubby out of a boiling stew of high impact smeared bass hits, zooming metallic clangs and THX®-reminiscent sonorous light beams. Juicy, bubbling percussion on one hand confirms the radical malleability both grid and frame but paradoxically also leads to a heightened perception of precision in the arrangement, no doubt further cemented by the ultra HD sound design approach sustained throughout. Finally, the album is interspersed with a collection of spicy re-imaginings by Genot Centre associates, featuring a stroboscopic slicing masterclass by Forces, a no holds barred club killer by Ice_eyes and a full-range scanned mortal dissection by r.hunter. 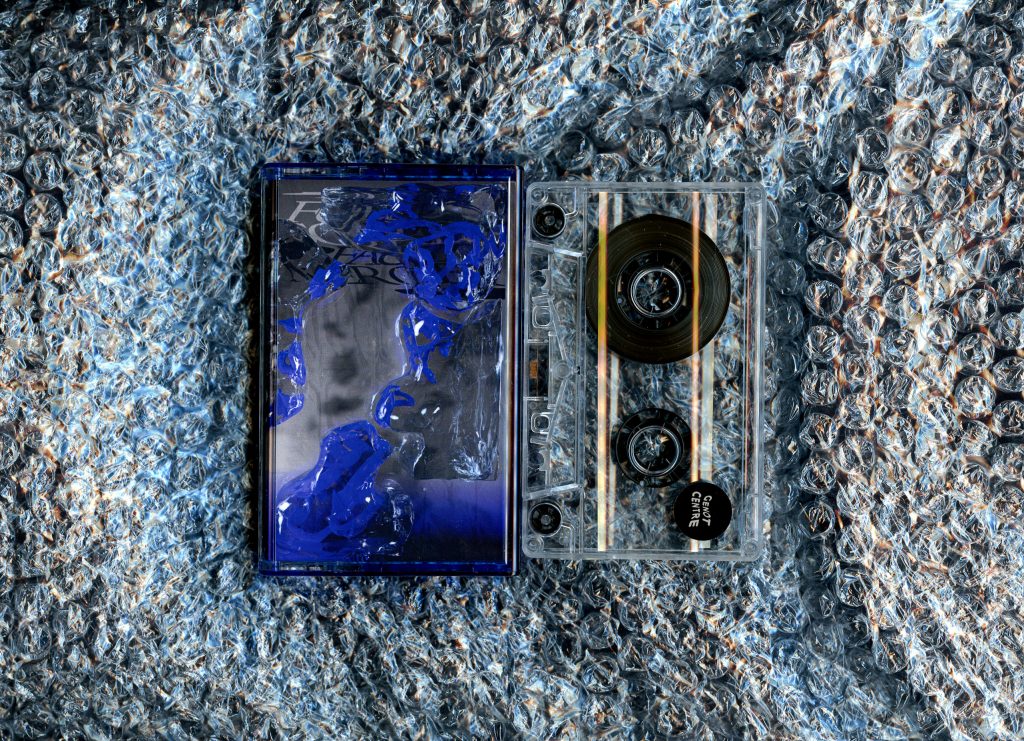 Out on 2 October 2019 on tape & digital on Genot Centre. Produced and mastered by Roland Nagy. Cover design by Marick Roy. Limited edition of 55 C52 tapes pro-dubbed by Headless Duplicated Tapes. Printed and laminated by Indigo Print. Stay tuned for the album via Bandcamp. And be sure to follow Genot Centre on Facebook and SoundCloud.

„This album is a condensation of more than one and a half year’s drafts, sound design ideas, sonic objects and other audio fractions. During this non-directional series of actions, certain force fields started to emerge and the seemingly irrelevant pieces eventually found their connections at the end.“

Marick Roy about the cover design

„A creation is a piece of art in itself before being crystallized, classified in the domain that defines it. For each creation, artists destroy their initial idea to rebuild it in another way, to find the most just harmony, to deliberately forget this part so as to create a space. A silence coming to ensure a balance.“