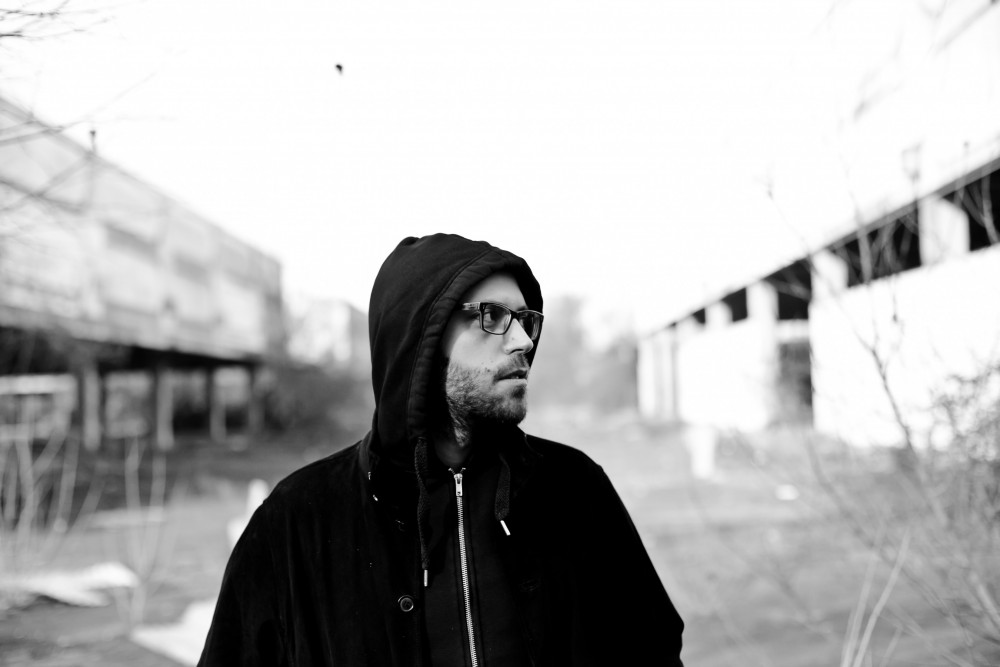 Cosmic Travels in Dark Blue. An Interview with Alberto Rosso aka Mørkeblå

Alberto Rosso is an Italian music producer best known for his work published under the moniker Mørkeblå. This March, he released the album Meet Me In A Decompression Chamber on the Budapest label Farbwechsel, a follow-up to a series of EPs and his outstanding debut record Nowhere, OK published by Where to Now? Alberto is a professional translator and export manager.

He has been producing electronic music for the last five years. His ambient compositions evoke an atmosphere reminiscent of David Lynch movie soundtracks and could serve as an ideal accompaniment to post-apocalyptic video games.

On his latest release, Rosso improved on his producer skills, his tracks became richer and more complex. “A minimalism so rich in emotions it’s almost painful – Mørkeblå’s newest EP is about as intense as it can get” – to quote Farbwechsel’s description of the album.

The record features the head of the Farbwechsel label, Mikolai Martin aka S. Olbricht, who provided remix for the track „Inhale / Exhale“. Further remixes were contributed by KETEV and Beatrice Dillon.

Our interview with Alberto Rosso follows below.

When did you start producing music? Did you play a musical instrument? How did you get to producing electronic music?

I started to produce music around 5 years ago. I used to play the guitar when I was 17 or something like that but then I quit because I found it boring. I play synthesizers and bass now. I am not that expert a musician, though. I got into electronic music by buying vinyls and listening to other genres such as black metal, post-rock, noise, krautrock…

Meet Me In A Decompression Chamber is your latest record. How long did it take? Was it a difficult process? Are you content with all of the tracks?

Usually, it takes me a long time to prepare an album, but this was not really the case with Meet Me In A Decompression Chamber. In fact this album has a very “punk” attitude to it: it was recorded and mixed in 5 days and was initially called Rough Mixes. It was made with machines only, no digital stuff, all put onto reel tape recorders from “direct line” signal. No further edits were done in the process of recording and even the “mistakes” are there. This is what I love most about the album; I am happy with all the tracks and remixes on it.

Your music has a mixture of various genres; I can hear dance music, some kind of dirty house as well as ambient, really dark and murky electro. Do you have any particular purpose, a kind of overall atmosphere or feeling that you want to capture? Or is this different for every song?

I see my music as an introspective journey towards myself and I’d like it to be the same for the people who are listening to it. Of course, sometimes this does not happen and I hope I do not appear too ambitious by saying so. Music is catharsis for me, it helps me heal and feel better after situations of ordinary discomfort. Based on the feelings I felt while composing, my tracks might have a different mood or style. This is what I think happened for all my 4 albums so far, from Nowhere, OK to Meet Me In A Decompression Chamber.

Yes, the visuals on the website are mine. Those I use live at the moment are by an Italian Artist named Marco Mendeni. 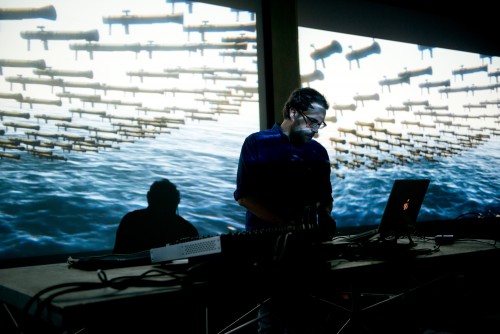 Let’s talk about the Farbwechsel label and the Hungarian producer S. Olbricht who did a great remix of your “Inhale / Exhale”. How did you get to work with them? Are you content with the cooperation so far?

I have known and have been following Farbwechsel for a long time, I got to know the label through Imre Kiss and S. Olbricht’s music. After a while, I got in contact with the label who then asked me for a remix of a Wedding Acid Group track, and then last summer I met the crew while I was in Budapest and the feeling was very nice. We drank beer together and they asked me if I had new tracks. I had just recorded these a few weeks earlier and so I decided to send them Rough Mixes which was then mastered and published as Meet Me In A Decompression Chamber with some great remixes.

Which part of Italy are you from and what can you tell us about the local electronic music scene? Are there any local producers who you like and who you can recommend?

I am from Biella, a small town near Torino. Of course, there are many, you should check out Rainbow Lorikeet, Vaghe Stelle, Cage Suburbia, XIII, Merchants just to mention a few!

Check out the Meet Me In A Decompression Chamber album on Bandcamp.