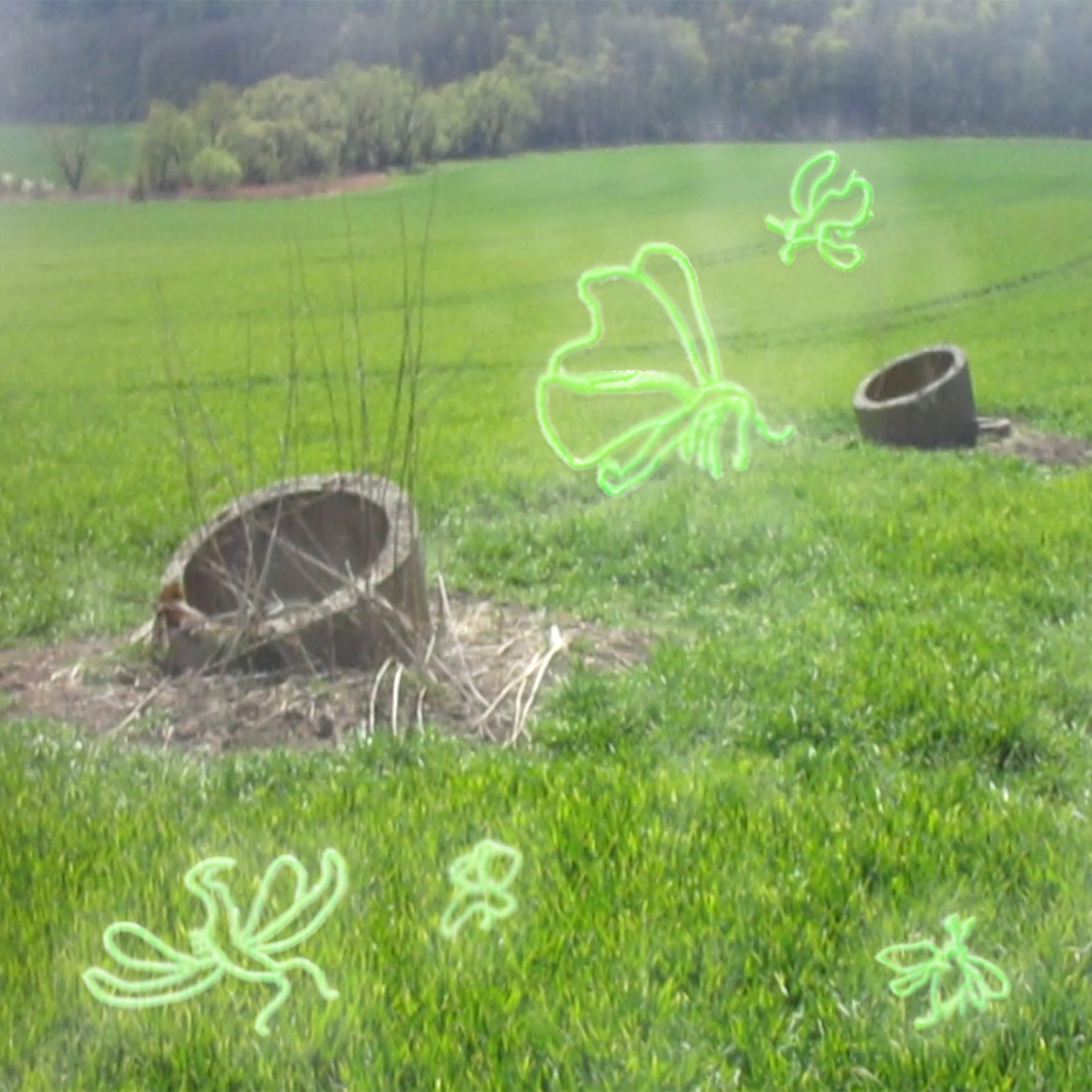 „I cracked open an old wound. An ancient flintstone extracted from a dry plain near a paleolithic village buried in South Moravia. Finding it was like opening some kind of Pandora’s box. To move 40 000 years back. Or into the future? Now I return to my home. Here, on the edge of a small town, the ever-shifting landscape transforms the past. Only human artifacts are left, scattered across a freshly plowed field. At first, they appear as disturbances. But in time, with the field harvested and left bare, they become sheltering oases filled with moisture,“ says DJ BINGO about his new project.

We know Johannes (DJ BINGO) for a longer time. We saw his energetic DJ sets, we talked to him and he even contributed to our debut Swine World compilation. In his new EP what we call home he’s showcasing a much more complex and evolved musical style. It is also atmospheric and more meditative than his avantgarde club songs. The first tracks draw a sonic painting of an imaginary green nature island. The fifth song „there’s so many of us yet I feel so alone“ is calming almost trance-like club track, you would play an outdoor festival during sunrise.

The final song „I gave birth to a new me“ really sounds like a caterpillar that is evolving into a fully formed beautiful butterfly. Quite interesting musical idea. What we call home is an unique electronic music EP, and its one of the most interesting projects on Czech/Slovak scene this year. We are definitely looking forward to the new musical explorations by DJ BINGO.

„Everything feels weird and confusing. I am a lost fruit fly returning from an adventure, emotionally attached to a morphing image of a place that changes and yet stays the same. And the home I return to is and is not my home anymore. I am a mere inconsistency, an accident. Meanwhile, the clay heap keeps moving, the trees keep talking. And the resin drips…”

DJ BINGO aka Ninja Priest is a Brno-based producer and a DJ. Oscillating between soft cute melodies and epic EDM kicks, his contrasting music appeared on compilations by BCAAsystem, Unizone, Soft or our Swine Daily debut compilation Swine World. The present EP released on BCAAsystem is a sensitive conceptual walk through the buzzing of distorted space-time, an uncanny landscape that’s always there yet beyond our grasp.