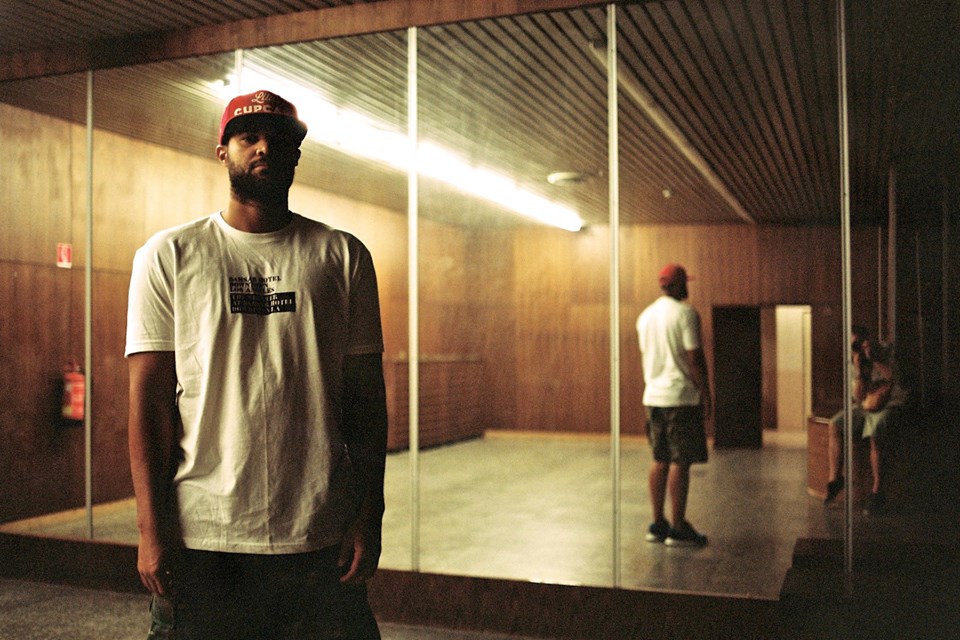 Interview with rapper Homeboy Sandman: The music is a good channel for me to open up.

Before his concert at Bratislava’s Nu Spirit Club, we talked to Queens-based 35 years old rapper Angel Del Villar II. aka Homeboy Sandman. We debated over his childhood, rap begginings, Stones Throw Records, favourite musicians or producer Knxwledge, who produced Homeboy Sandman’s track „Problems“ on the recent album Hallways (Stones Throw Records, Sept. 2014). We also talked about that he can make a fly beat and watching movies. Read the interview below the video for „America the Beautiful“.

Have you been to some other European countries?

I’ve been to Croatia, Czech Republic. I’ve been in Prague and on Hip Hop Kemp.

Did you choose to come in Bratislava, or were you invited by the club?

The promoter of the club contacted my booking agent. You know, I’ve never been there, so I accepted. I like to go to new places.

If I’m right, you’ve been growing up in Queens, New York. What was your childhood like?

I’ve got great childhood. I’ve got great mother and father, they were awesome. I lived in a big house with a bunch of friends, we would hang out, you know play man-hunt, play the ball in the park, across the boulevard, there is a great area to grow up. I’ve had great time growing up there.

When did you start thinking about rap more seriously?

That was after the college. I used to rap during the college for fun, but it wasn’t until my mid-twenties, I though about it, it could be my career.

I read in the article that you studied at University of Pennsylvania with the major in English and creative writing. Were there, in your class, some other rappers? Have you earned valueable skills in writing that you could use in your rapping and so on?

Yeah there was a couple of cats on the school that were rapping at the time. And some of them continued to rap after that, but I don’t really keep in touch with them. And yeah, it was usefull for me. I’ve got a lot of vocabulary you know a lot of words. The reading was good for writing. The creativity, story telling, it was cool. 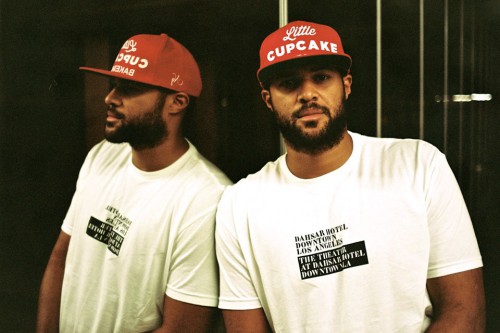 I know that you also write some articles in Huffington Post and this kind of media. It’s something very important for you?

You know I’m happy to have someone to write like that I have outlets to get out. I haven’t write some time, but it is something, that comes to me from time to time. Writing rhymes I do everyday. That’s something I love to do. But I like all types of writing so when I feel to write something else, I think it’s cool that I can get it out there.

You said in some interview, that rapping is a lot more important for you than the journalism. Because you can express yourself more and better.

Yeah, you know it’s two different kinds of things. I mean with the journalism – a lot of people don’t read articles like that. People listen to the music, even if they’d listen in the passive way. [Meanwhile, a requested ribs came to the backstage and Homeboy is very grateful for that and offered some grapes and strawberries to us, too]. You know, one is regard more artisticly, I think that one someone can’t do in the other channel. The music is a good channel for me to open up. I think journalism is not so free and open like the art, the music. And maybe ther is more freedom, than in journalism.

How did you met Peanut Butter Wolf from Stones Throw Records? Are you confident with the overal cooperation with the label so far?

„My favourite artist of all time is Stevie Wonder.“

Your track “Problems” is produced by Knxwledge, my favourite Stones Throw beatmaker. How did you met him?

My first time at the Stones Throw office, I was making a photo shoot with Eric Coleman and I think it was Eric that introduced me to Knxwledge, because he had some beats. And I did a joint with Knxwledge called “Give You the World” which Stones Throw put out maybe two years ago. That was our first song, we made together. And then, when I was doing Hallways I started talking to Knxwledge again that I was making record. He send me some beats and I love that Problems beat right away. He’s a very very fantastic producer, I think he’s a super gifted, so I’m lucky to be able to work with him.
[soundcloud url=“https://api.soundcloud.com/tracks/98433267″ params=“auto_play=false&hide_related=false&show_comments=true&show_user=true&show_reposts=false&visual=true“ width=“100%“ height=“250″ iframe=“true“ /]

I read in the interview, that you are inspired by the rappers like MF DOOM, members of Wu-tang, A Tribe Called Quest, De La Soul and so on.

Yeah man, I am a big fan of all the creators.

Are you influenced by the artists in other music genres, too? And maybe other art forms, like literature, movies…

My favourite artist of all time is Stevie Wonder. I really love Billy Joel, Dave Brubeck Quartet. I love a lot of soul for example Bill Withers, so yeah, I listen a lot of different types of music. I was listening to classical music, it was an interpretation of Haydn. Wynton Marsalis on the trumpet plays Haydn, which was fly. I love Amy Winehouse, too.

Yeah definitelly. My sister, her name is Natalie del Villar, is a painter, she is remarkable. So I am a big fan of painters, drawers and photographers, too.

Who are your favourite contemporary hip-hop artists?

You mentioned Supevillain DOOM, Wu-Tang, Ghostface Killah is one of my most favourite rappers of all time. From younger, Aesop Rock is cool, Open Mike Eagle I am a fan of, he’s very good.

How often do you write lyrics? It’s a daily job?

Well it’s not a job. But yeah, I write songs everyday. I finished today the third verse of a new song.

You’ve written pretty much songs, isn’t it problem for you to make new songs with new ideas?

I read in this interview with Peanut Butter Wolf, that you have 50 songs, you came to him and said: „Let’s choose twelve.“ This isn’t quite typical for every rapper or artist…

Do you make some beats as well?

I’ll pick a loop from time to time, but I don’t consider myself as a beatmaker. Q-Tip is one of my favourite producers. This „Heavenly Feather“ joint have been sampled for so many times an he just chopped it in a new way to make it so fly. I don’t even chopped it, I bring it to the Sosa (Homeboy Sandman’s DJ). Recently, I’ve been thinking to myself, because I was into this song Rich Girl, you know that? (start to sing the chorus). I can loop that! I think I can make a beautifull fly shit out there, so I think I will be doing it more. I definitelly can make some fly shit (laughs).

When you aren’t rapping, what are you doing?

I like excercises and watching movies. Recently I watched Shooters with Mark Walbergh, The Doors, The JFK, that’s the great movie… I started watching movie called Hard Candy with Ellen Page.

Have you seen True Detective?

I never saw True Detective, my boy Victor sends it to me, but the thing is I don’t watch shows, I like watching movies. But anyway, Tom Hardy is a man and he has been busy. He is making a new movie called The Legend. I’m looking forward to it. And Johnny Depp is coming with a new film, where he plays another mad dude. He’s an actor I’ve been following a lot pretty much whole career. I like movies, I like chilling you know I am saying?