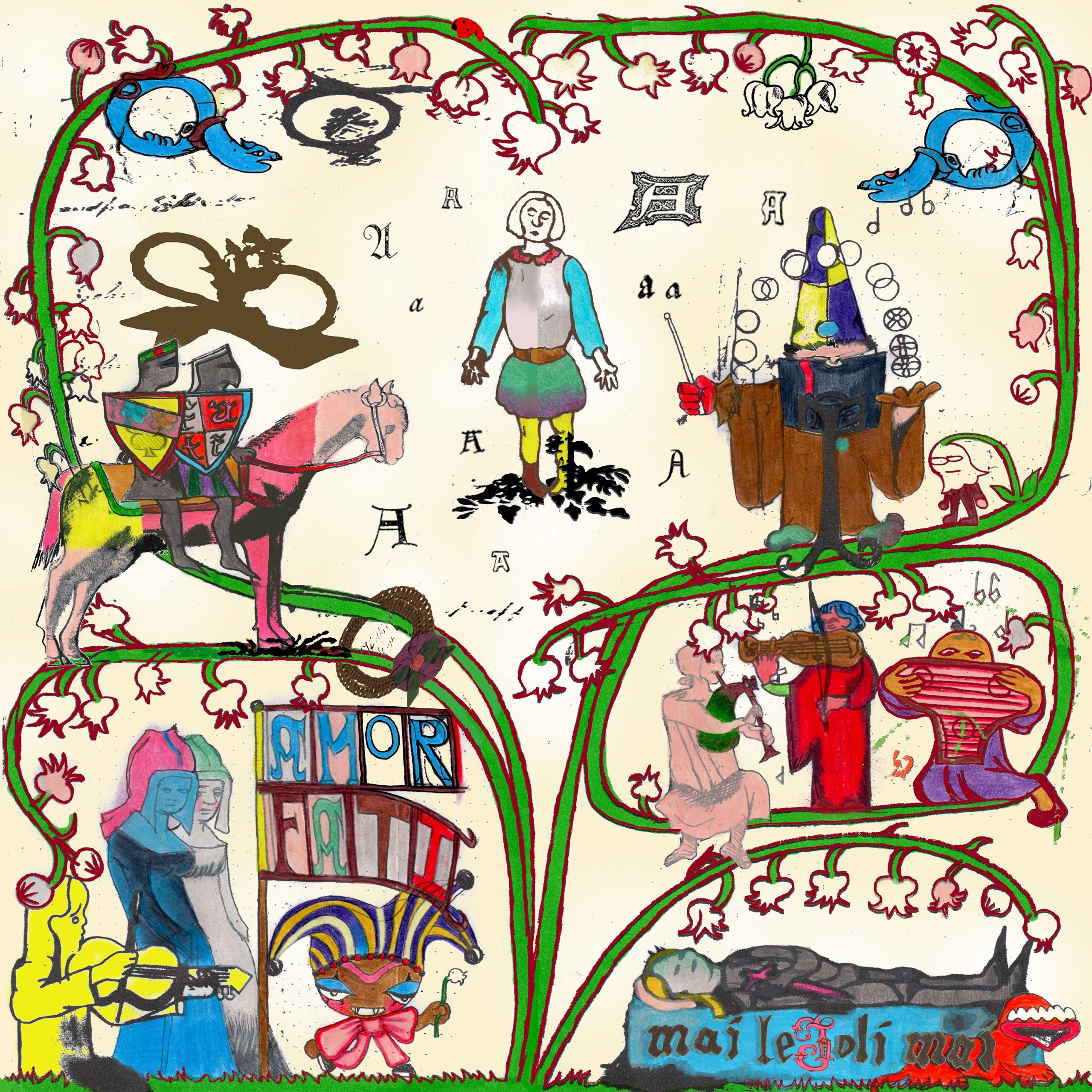 Amor Fati: From medieval-inspired sounds with a modern twist to cloud rap

Last Love Records is relatively new french label managed by two exceptional DJs and artists: Clothilde & Caroline, or as they are known under their artists names: Legit Girl DJ and vendredear. If you want to know their musical taste and DJ style, we highly recommend you their recent DJ set at thriving video series at HÖR BERLIN. This new project is by Amor Fati, who combines very unique sound of medieval music with modern twist, cloud rap, ambient and more.

We’ve got a few words about the new project from label’s Clothilde and Caroline: „After releasing the the first Last Love Records compilation earlier this year on Valentine’s Day, we’ve been working on releasing music from artists who were featured on it, to try to cement and champion the Last Love Records sound. This second project is by French producer and singer Amor Fati, who already released a track with us titled @un Autre Monde.

« Originally from Arles, Amor Fati started out as an instrumental producer, before diving into more vocal-centric tracks and anchoring his sound into the internet culture, relying on inspirations drawing from cloud rap, electro beats, euro dance and more. Between visions of love and spleen, and a wide repertoire of musical, cinematographic and literary references, Amor Fati displays his emotions through his hypersensitive and melancholic alter ego, » Dimitri Aurousseau

➳ Mai, Le Joli Mai is a collection of medieval-inspired sounds with a modern, ethereal twist, echoing Amor Fati’s background in cloud rap. Along with being a tribute to his father and his southern French folk music, the tracks draw inspiration from the way artists in the Middle-Ages dealt with the performance of romanticism and the philosophy of love. The collection is strongly backed by an array of featured artists delivering vocals and covers : M3C, Clara Le Meur, Prise de Risque, le fléau des vignobles & of course, Amor Fati’s father.

➳ We were joined on this project by the talented Anaïs Fontanges who delivered beautiful illustrations and graphics, bringing this EP to life whilst staying true to the medieval aesthetic.