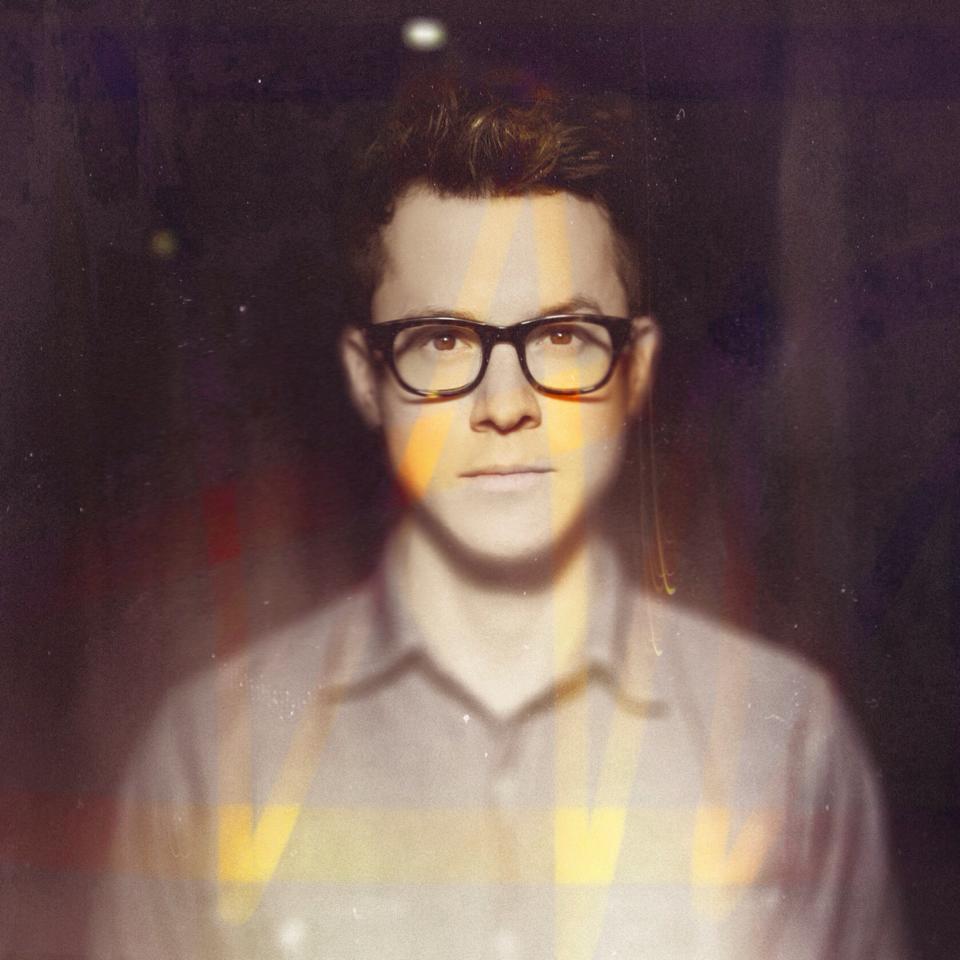 Son Lux on his music for commercials, movies and co-operation with Lorde

Son Lux, born Ryan Lott, is a New York-based composer, singer and producer. His latest full-length LP, Lanterns, was released in 2013 on the Anticon label and the single “Lost It To Trying” got the “best new track” nod from Pitchfork Media. Although Ryan is perhaps best known for his post-rock flavored electronic music, he also worked on soundtracks for various Hollywood movies.

Ryan is a member of the experimental hip-hop group Sisyphus with Sufjan Stevens, and has collaborated with artists such as Lorde, Peter Silberman of The Antlers, These New Puritans or Richard Reed Parry of Arcade Fire. He is currently on tour with his live band. We caught up with him at the Electronic Beats in Bratislava, Slovakia, to talk about his work on commercials, music inspiration and collaboration with Lorde.

From 2007 to 2012, you were working full-time on music for commercials in New York. Did you enjoy this work? Is there any chance we could have come across a commercial with your music in Slovakia?

I did work on some global ads. The first big ad that I scored was an Absolut Vodka ad, that was a global ad. Advertising is strange, because it’s very specific to different markets and, generally, there isn’t a single advertisement that will play all over the world, because they’re all designed for the psychology of different people. It’s very much a science. 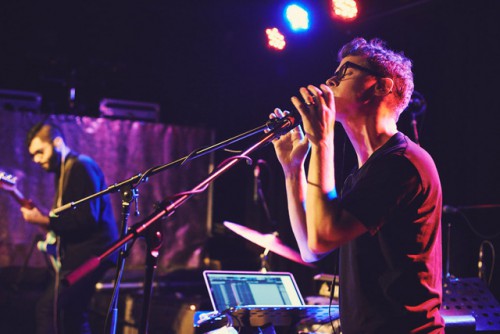 I enjoyed the job, it was very difficult to write music for commercials because it requires an incredible knowledge of different kinds of music, a broad spectrum of music, and you have to be able to create extremely fast. So, everyday for four or five years I wrote two to six pieces of music, from start to finish, you know, mixing, mastering, playing back to picture. In that way it was a really good process of refining my abilities with my tools, because while what I do as Son Lux is very different from what I did writing music for commercials, a lot of the tools overlapped. I learned how to use my tools very quickly and efficiently. Writing music for ads was like doing etudes, like practising composing over and over and over again.

Yeah, it’s hardcore [laughs]. And I also gained an appreciation for different kinds of music that I don’t necessarily like, or that I wouldn’t listen to necessarily, but I learned how to respect, how to like it and value it, to understand different approaches to mixing and production. Hip-hop, pop, jazz, electro, polka, country music, everything. And I wasn’t great at it. I never got like really great at it. I worked with people who were fantastic at it and ultimately it’s not like what I meant to do forever [laughs], but I learned a lot. It was a great experience. And of course, while I was doing that, I was also doing Son Lux, but I had to do it part-time because I always had my full time job. But since about 2011 or 2012 I’ve been phasing out of doing that and I’m mostly focusing just on Son Lux now.

Your first album At War with Walls & Mazes was released on the Anticon label. What was the collaboration like?

Talking about your first record, in retrospect, are you satisfied with it?

Mmmm, yeah. My first record took a long time to make, because it was the first time I was developing the Son Lux idea at all; I was halfway done with the record before I realized I was making a record – and it was just the beginning. But I think it’s a strong beginning and I think it begins to develop concepts that I continually explore even now, you know, eight years later. I began At War in 2004, eleven years ago. I released in 2008, but I began in 2004. 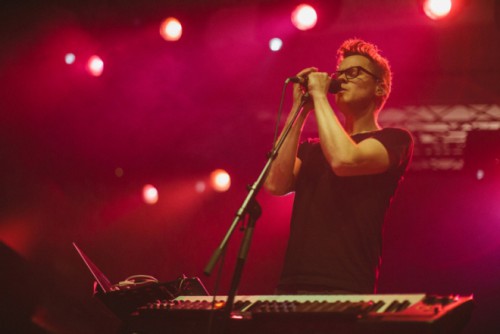 Your second album We Are Rising was described by Consequence of Sound as: „the dark, operatic middle ground between Owen Pallett and In Rainbows-era Radiohead or Wild Beasts‘ fantastic, operatic heights.“ Do you agree with this description?

Yeah, of course. I think that’s a good description. It’s technicolor music, you know, it has many colors, it has a sense of grandeur; it’s operatic but it’s also dark and has electronic elements and it has a kind of murky atmosphere. And of course, I’ll take any comparison to Radiohead. They’re one of my musical heroes.

Which other artists inspire you?

I’m inspired by all kinds of music. And it’s always expanding. But the music that I listen to most I think is probably afrobeat, music from the African continent, soul music from Africa and mostly from 1960s and 1970s, but I am also interested in traditional African music. I love soul, I listen to jazz. I don’t actually listen to any electronic music for the most part, except for maybe Björk. For the most part, I listen to afrocentric music.

You worked with Lorde on the “Easy” single. Could you tell us something about the collaboration?

She tweeted about me – about my album Lanterns, and particularly about my song “Easy”. We started a conversation on Twitter and we moved to Facebook and e-mail and then we decided to make a new version of the song together. She was amazing to work with, I just sent her the instrumental and she wrote new lyrics and recorded her own voice and vocal parts and sent them to me, and then I built a new version of the song around her voice.

She does the song in her set, so ever since we’ve released that together, she’s done that song on her world tour all over the place, it’s pretty awesome. And she is an amazing chick. She’s got a presence of mind and self-determination which I think is very rare for anyone her age and she also has a sort of an articulate creative voice that makes me jealous, because I think of who I was when I was half my age – which is what she is, she’s half my age.

She must be really talented.

It’s not just talent. She works hard but she also has a certain – you know the term self-possessed? To have that quality when you’re a teenager is profoundly rare, and even more rare for a teenager who is in the public eye. So she’s a friend, but I have a lot of respect for her as a musician and an artist. I’m really excited to see where she goes, because if she is able to keep her head on her shoulders she has a remarkable potential and, knowing her as a person, she’s very sweet and very human. 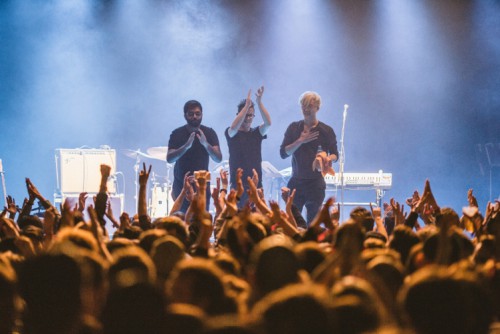 You have collaborated with a wide array of further notable artists, including  indie rocker Peter Silberman (from The Antlers), These New Puritans, Richard Parry from Arcade Fire and others. Do you prefer these collaborations to working on your own music?

They’re very different. There is nothing like working alone in a laboratory, you know, there’s nothing like that sort of private, meditative, spiritual practice, when you’re alone. But there’s also something beautiful about sharing a process with someone and I’m always fascinated by the unique chemistry of different artists. So, I’m always trying to initiate collaboration and create an unpredictable spark of creativity, and that challenges my own thinking. For example, the track with Ella, “Easy”, what she brought really inspired me to create this beat, a new version of “Easy”. The result was something that I couldn’t have done myself; I wouldn’t have made the decisions I made were it not for her unique contributions.

How did you get from making music for commercials to composing for Hollywood movies like Looper?

Well, I didn’t compose the music for Looper, I did the arrangements and orchestrations and I performed on the score. The way that I got involved with that film is, one of my dear friends was the composer. And we worked together to create sort of the sound pallette for the film, and – his name is Nathan Johnson – he is someone that I collaborated with on a number of levels on a number of projects. So that was a natural result of our relationship as friends. I also worked with him on a few other films; and a lot of times, that’s all it is, is it’s just the relationships, it’s just friendships. You know, mutual respect and friendships.

Have you got any concrete plans for the future?

Well, we’ve just finished the new record. We haven’t released it yet, but the record is done. It’s the first record that I made as a band – I made it with the two guys that are in my live band, and this will be the first record that I created where I invited other people into that sacred space with me. So that’s something to look forward to.