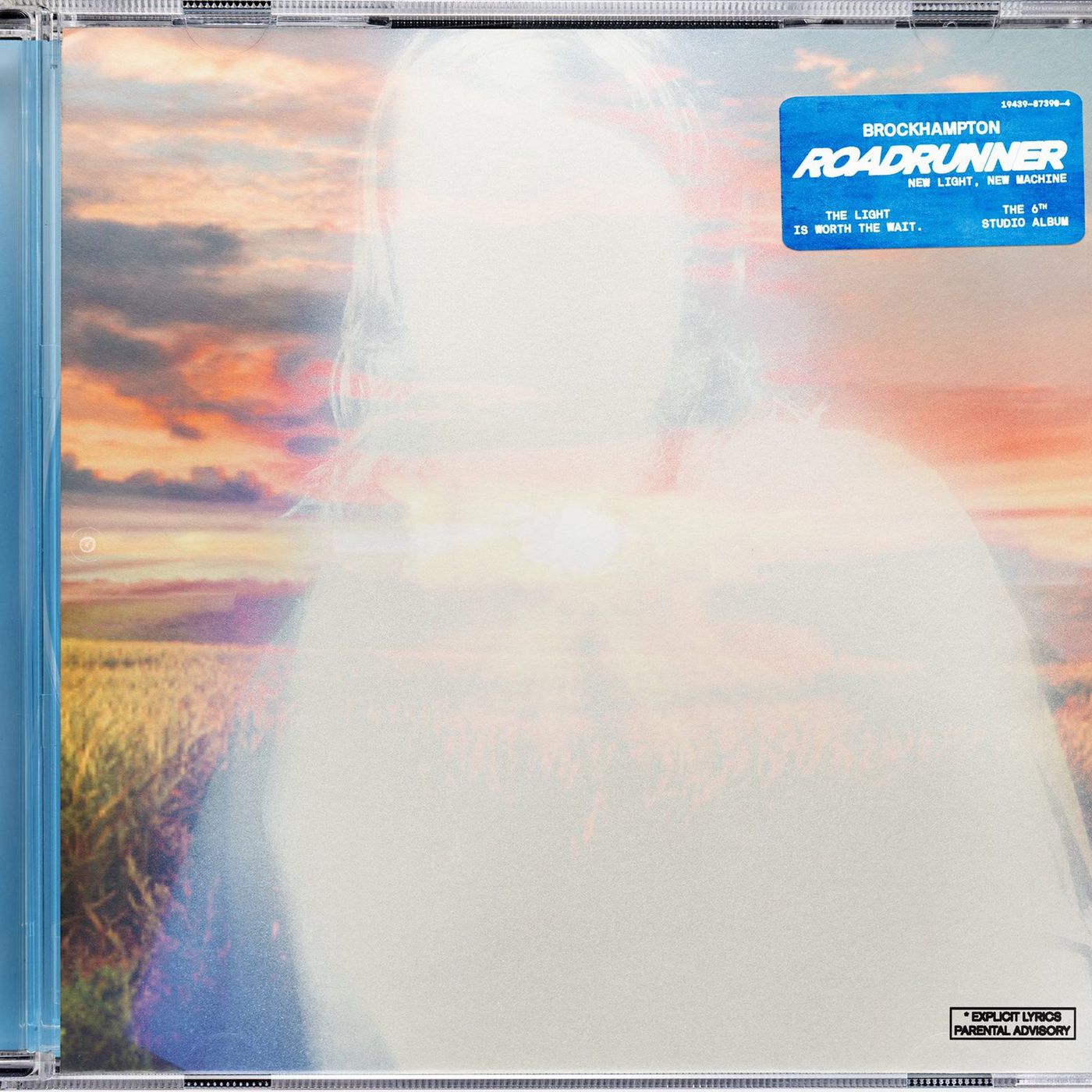 Not long after the release of Brockhampton’s new album, we got into an interesting situation—two of our writers showed interest in writing the review. Organically, we chose to combine their opinions on the piece, which resulted in perhaps the most interesting way to review ROADRUNNER: NEW LIGHT, NEW MACHINE. Viktor focused on the first half of the album, showcasing the groups more zestful and exuberant side, while Kevin wrote about the story and the emotional base of the LP; resulting in an original and compelling review.

The best boyband since One Direction is back with their sixth album ROADRUNNER: NEW LIGHT, NEW MACHINE, which is supposed to be their second-to-last. “BUZZCUT”, the first single and the intro track of the album featuring Danny Brown sent a clear message: the boys are back, and in full power. After two albums that were heavily touched by the controversial departure of Ameer Vann, it seems that the group is full of energy, and ready to drop bangers that made them popular at first. While the SATURATION trilogy did definitely not lack showings of the bands emotional side, listening to „BUZZCUT“ instantly reminded me of their iconic intros in the series – „HEAT“, „GUMMY“ and „BOOGIE“ gave that feeling, that spark, that high energy, that made you so excited to listen to the rest of the albums. While I was already excited to give this album a listen, the announcement of the features just raised my expectations; the boys aren’t exactly popular for having a wild variety of guests on the album, but to my surprise, there’s Baltimore’s own experimental hip-hop pioneer JPEGMAFIA, and two members of the well-known New York collective A$AP MOB—Ferg and Rocky.

The wait for Peggy isn’t too long, as he appears right after the intro on “CHAIN ON”, which features a blissful, old school hip-hop beat that doesn’t change much throughout the track. JPEG’s rhymes sound as slick as ever, proving that he doesn’t need a busy instrumental to contemplate him. He acknowledges this, saying that his bars are so good we need Duolingo to translate them, and funnily comparing his beats to the 1985 horror movie Poltergeist. The head of the collective, Kevin Abstract, nihilistically raps a four line chorus, which is followed by a great verse from Dom McLennon, who is perhaps the groups most skilled rapper, and you already know he isn’t going to disappoint.

The vibe stays positive on “COUNT ON ME”, which opens with an unexpected verse from Lord Flacko himself, as  he is not credited as a feature on this track. In fact, only two of the bands members appear on this song – Jabari alongside Ryan Beatty and Shawn Mendes on the chorus, and Matt Champion setting the mood of the song on his verse – he knows he isn’t perfect, he doesn’t like himself sometimes, but it’ll be okay, no matter what they say about us.

While the presence of the money-talk and braggadocios “BANKROLL” right in between “COUNT ON ME” and “THE LIGHT“ seems a bit forced, ASAP Ferg dominates the song with a verse that could easily remind one of the energy he brought on Trap Lord back in 2013, and Rockys psychedelic pre-chorus really turns the spotlight on the Harlem rappers on this cut, but not for long. In fact, the spotlight turns on Joba and he absorbs it on the following track, that made me rather speechless. We get a deep dive in Joba‚s mental state, which is poisoned by something nobody wishes to go trough – the suicide of his father.

When I look at myself, I see a broken man
Remnants of my pops, put the Glock to his head
Nothing ever go as planned, couldn’t make amends
Forcibly pretend I don’t give a damn
At a loss, aimless, six feet Deep, suffocatin‘, can’t face it

Lastly, I have to give credit to the Texas rapper Dalvin Serino, aka SoGone SoFlexy; he is a signee of Kevin Abstracts and Romil Hemnanis label VIDEO STORE and appears on both “COUNT ON ME” and “WINDOWS”. Dalvin’s confidence, paired with his amazingly deep voice makes him a very prominent part of the album, and I simply can’t wait to hear more of his work. 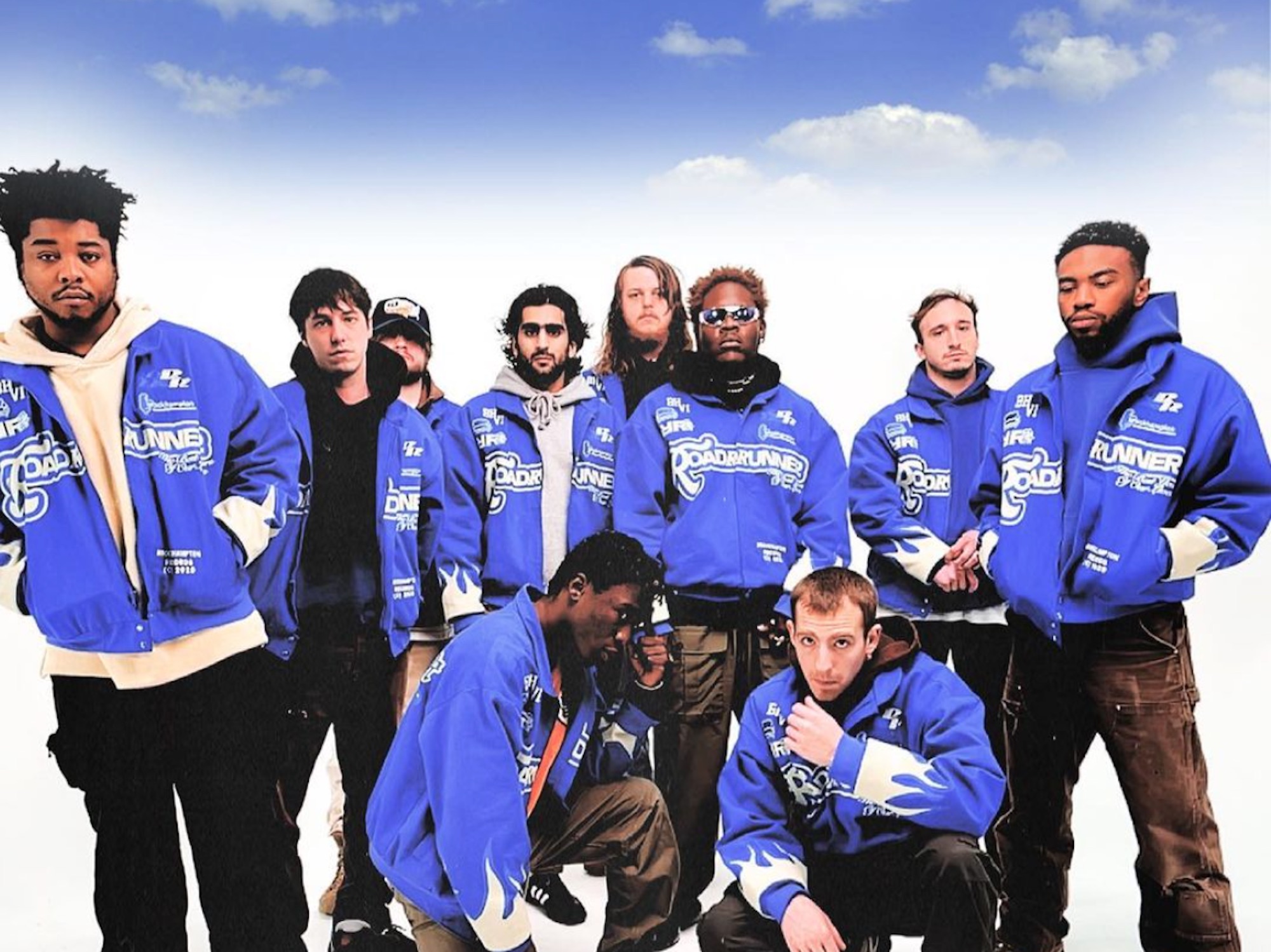 This concludes Viktor’s part of the article. Kevin, take the stand!

The best albums always tell a story from beginning to end. The whole collection of songs should serve as greater than the sum of their parts. The latter half of Roadrunner: New Light, New Machine manages to showcase Brockhampton’s versatility and desire to hone their craft to the finest degree.

The high-octane energy of album openers like “Buzzcut” and “Bankroll” are deliberate counterpoints to the softer approach on songs like “I’ll Take You On” and “What’s The Occasion”. At the midway point of the album, “Windows” literally reduces the volume and pitch as we roll onto Side B of the record. Penultimate track “Dear Lord” could even be a Boyz II Men offcut.

Their most directly political/outward-focused song “Don’t Shoot Up The Party” features some of their hardest-hitting lines yet, with Kevin Abstract opening with this one-two punch:

Brockhampton manages to transform potentially cynical political energy into a smooth party bop – a gleefully self-aware twist on issues of police brutality and race in the US. It’s that humour and refusal to take themselves too seriously that has allowed Brockhampton to flourish in recent years.

Not that they can’t get personal either. Album closer “The Light PT. II” is an emotionally raw diary entry, written around the central story of Joba’s father’s suicide. It’s a bold move that also serves as a conceptual bookend and sonic foil to “The Light PT. I” featured earlier in the album.

That mix of light and dark is a hallmark of Brockhampton’s work. Incredibly witty punchlines are woven through serious issues of personal tragedy, sexuality, race politics to create a compelling package for fans to enjoy.

Nothing feels more post-post-modern in hip-hop than a mixed race, mixed sexuality collective like Brockhampton. On ROADRUNNER, their sixth studio album, it finally feels like they’re maturing into something much more than a novelty “best boyband in the world”. It’s hard to not be drawn to their aesthetic, but the genuine emotional core of the group’s songs is what keeps you hooked.