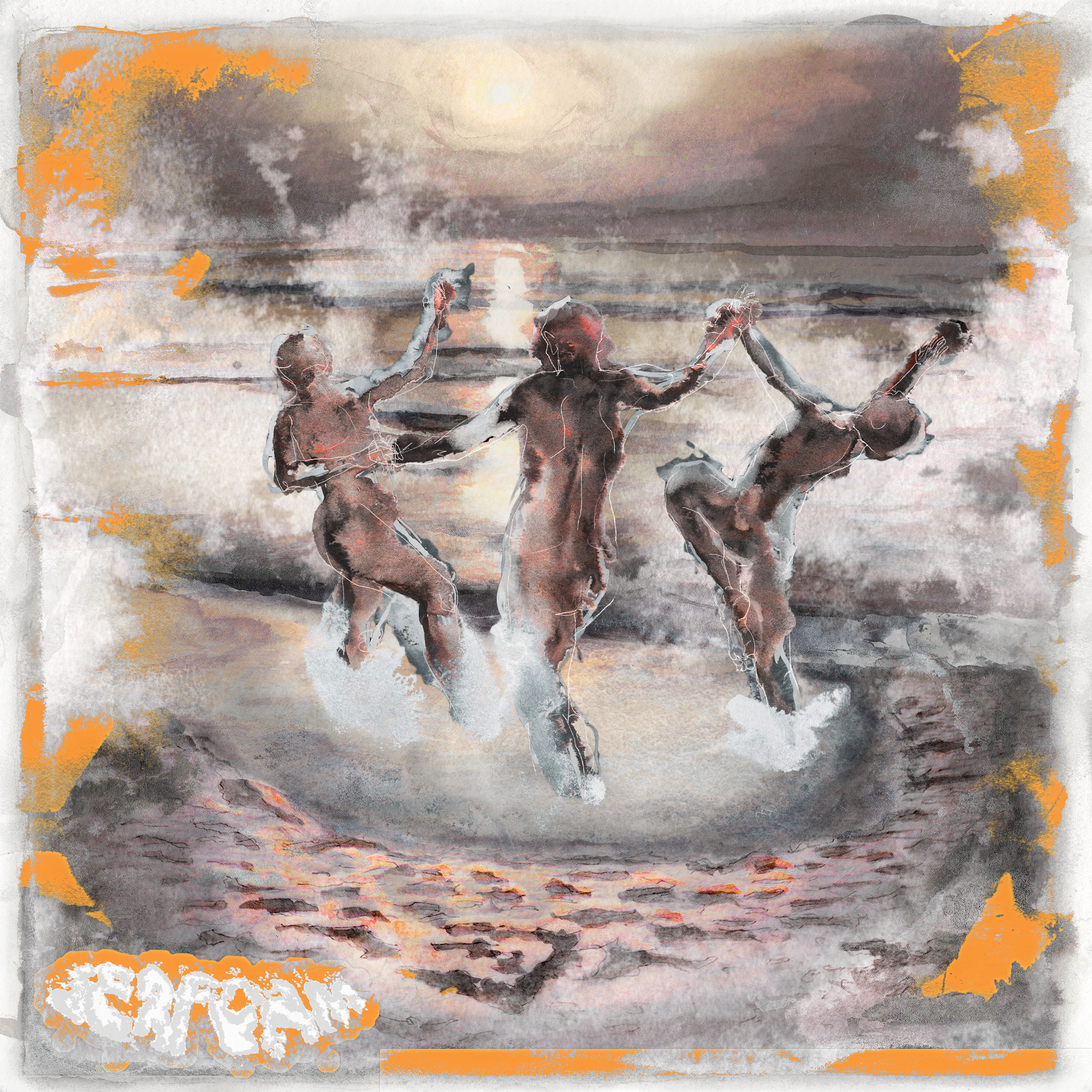 JEROME is a Pennsylvania-based experimental music label, that was started as a way to push music with ideas that weren’t based on genre or popularity. The label started out as a mix series via SoundCloud, focusing its efforts on lesser-known talents and allowing them to be heard. Now it’s one of the most interesting collectives from the avant-garde electronic music scene.

We are more than happy to present you new track from their upcoming EP by FiFi and LUNÁTICA.

Jerome was founded in 2016 by Matt Lutz (aka DJ Rueckert, who manages also Classical Trax). We were fans of their mixes and releases for quite some time and wanted to connect with them at some point. We made a short interview with Matt while promoting the new Classical Trax compilation of 65 songs in 2020.

➥ Now, we are more than delighted to present you the new song „Sea Foam“ from Jerome’s new EP by Berlins’s FiFi and Boston-based LUNÁTICA. Collaborative EP explores the mystical underwater themes. You can read more about the creative process in our email interview between the two artists.

Swine Daily: I really like and it can be heard quite well: the idea of „decomposed sea creatures,“ and „froth of agitated seawater“ as it’s written in the promo text. How you both came with this idea for the collaborative EP?

FiFi: We’d started the title track in Boston about two years ago, and it was floating around on my laptop after that. I remember we made it at Luna’s, and they had this really amazing bedroom with like, obscure books and plants everywhere and this cool light. It was really inspiring 🙂 I think I put a bit of it on IG, and Luna messaged me saying which should release it. I think we just wanted to do a bit more of an interesting release than just plopping it on SoundCloud…

So eventually we decided to do an EP, with the collaborative track and two solo ones. And then we thought it would be interesting to remix each other’s tracks and have a third artist remix the collaborative one. There really wasn’t a big conceptual idea behind it all, but I think because we made the title track together it felt natural to have the other one have a similar sound. 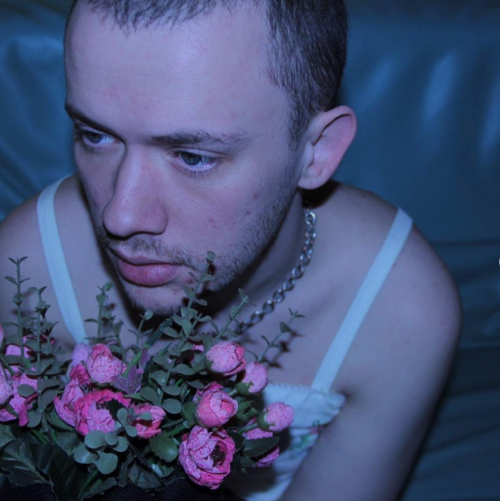 Orchid (aka LUNÁTICA): FiFi and I got introduced by a mutual friend of ours named Lana like back in 2018? I might be wrong – uhhhh I think FiFi wasn’t in America yet either when we first heard of each other, so that swiftly made me wanna follow them on SoundCloud and Instagram where they promoted all their music and we started becoming mutuals and friends.

Naturally, I became a fan of all the club work that FiFi did, so when I heard they would be in Boston this one time I was like “biiiiiiii** we gotta link up!” We went out for drinks at JAHO with my friend Mango and later found ourselves at my apartment in the south end making the title track “Seafoam” that originally was called “Dior” only because when I glanced at Felix’s neck I saw a pretty Dior pendant like a pearl – just hanging there and it’s what initially inspired the vibe for this EP, at least now when I think about it.

We would just be bouncing off ideas from one another and since we share a lot of things we’re into it was so easy to understand the picture/vibe either of us was mentioning.

Like FiFi totally blew my mind when they told me the visual they got when I mentioned my track “Raft of Angels“ which was of an angel ascending you to the heavens – as opposed to my initial visual thought that was just simply two angels chillin’ on a raft haha. Also since we’re both water signs fit being a Scorpio and Cancer – I think we were bound to be influenced by our hereditary mystical sea creature energy.

The theme described in the text, as well as the music itself, is strong and quite intense with a touch of mystery and something dreamy. Have you been inspired by some visual art (or other forms of art)?

FiFi: I really like Kenneth Anger, who is a surrealist filmmaker from the ’50s. His stuff is quite spooky and scary, and I love how he uses color. I think his movies have this really lovely dreamy feeling that I sometimes try to include in my music. I also have a friend, Chloe Bellange, who makes these super intense, dark paintings. I’m not sure if other people would see us as having similar styles, but it feels related to me.

LUNÁTICA: I’ve always loved the under-the-sea type of visuals and content. Can you tell I read all the Percy Jackson series? Sea monsters were by far my fav. More precisely though in the context of this EP – I was getting a lot of 3 cups of energy from the music. In tarot, the 3 cups represent groups coming together to focus on a common emotional goal. People reach out emotionally to one another. It speaks of a sense of community and can indicate the time to get more involved by helping. 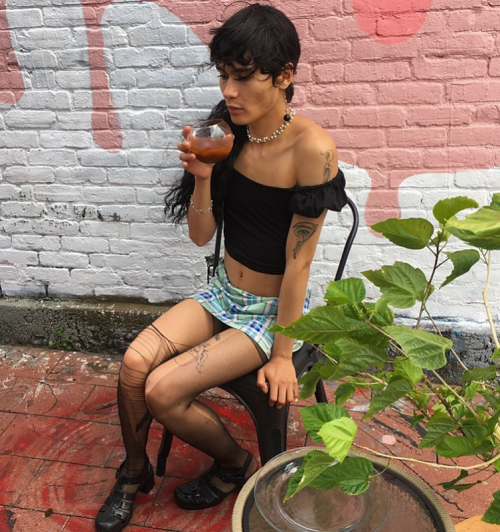 Part of the inspiration for cover art also came from my love and interest in the Henri Matisse painting – „The Dance“. This art piece has followed me around all my life and has always summoned a sense of unity and enjoyment. Just like all the baddies on the dance floors do when I’m out and about. 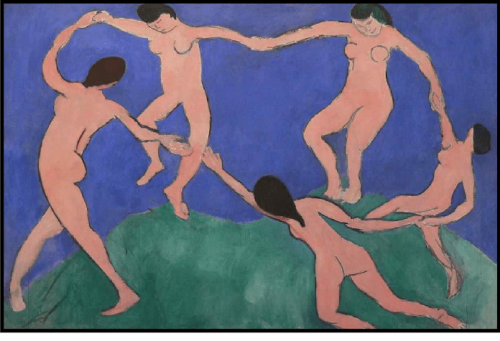 On the track „Sea Foam“ – it’s like a Poseidon from Greek mythology with his sea creatures would throw an underwater club party. Can you tell us more about the creation of this track? I especially like the unusual drums coming at the forefront of the track in 1 minute and 40 sec.

LUNÁTICA: I wish we were at a point in life where we could throw underwater raves omg! Okayyy, the drums in this track are literally my fav – the answer to this is simple! I love percussion – as anything primal and seductive.

FiFi: It’s funny because I remember exactly how we made these: we had one of these little drum pads with a bunch of squares that you press for each sound. And I and Lunática were both playing it at the same time. Literally, we were awkwardly leaning over each other trying to play this weird pattern. And then we didn’t fix the timing of the recording. So it kind of has both of our timing mistakes all falling over each other. But the timing of everything else is quite clean. I love the contrast and kinda ‘chaos’ of it.