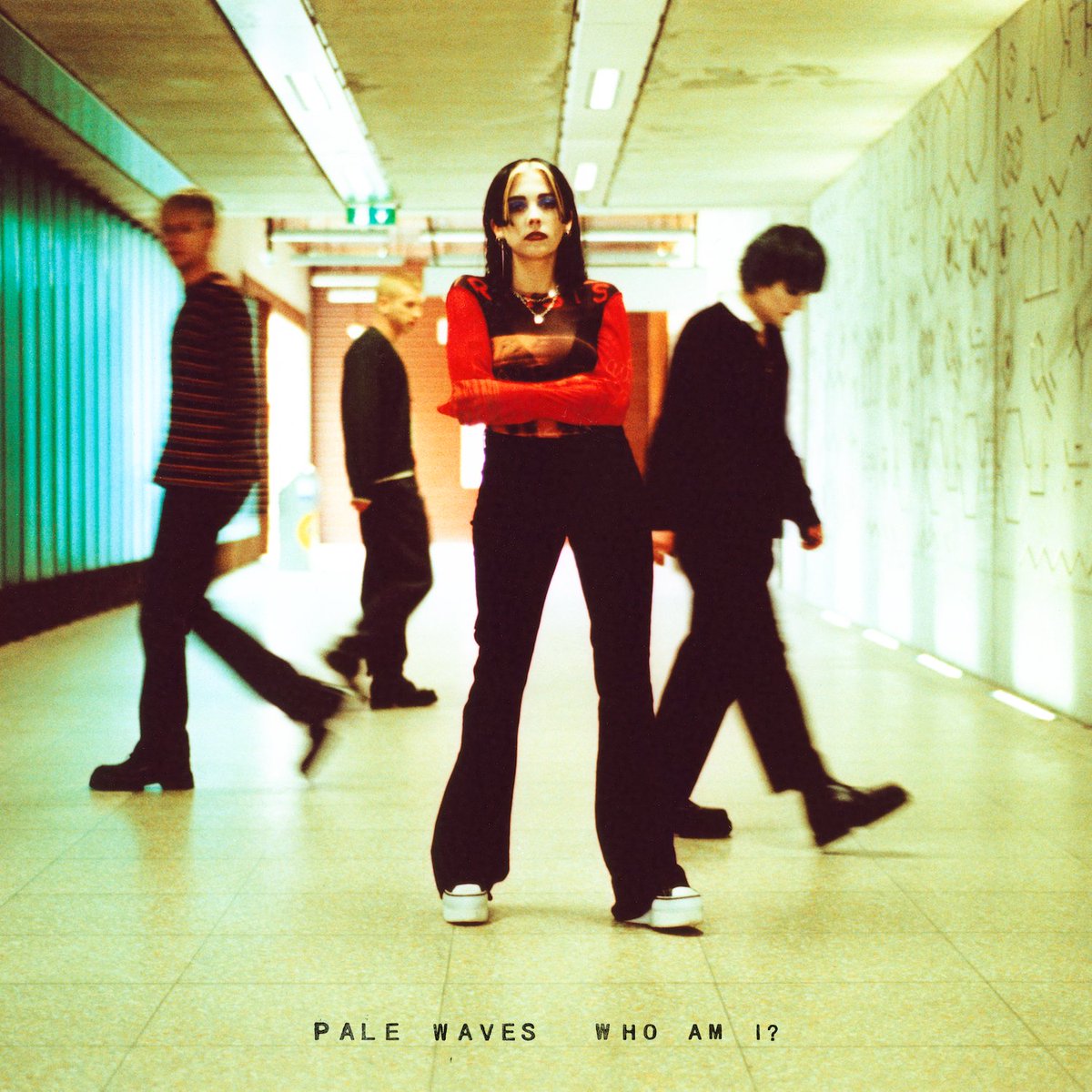 Manchester, UK is the home of industry, football, and good music. From the pantheons of classic alternative rock such as The Smiths and Oasis, today’s generation carries the torch in the form of artists such as The 1975, Aitch, and alt-pop/new-emo wave quartet Pale Waves. Their sophomore record Who Am I? was released last week, and is filled with melodies and heart to carry us out of a dark present into what is hopefully a brighter future.

That tension between light and dark is one of singer/guitarist Heather Baron-Gracie’s biggest strengths. Hailed as the “emo queer queen” of our age, her songs deal with heavy topics such as the insecurities of youth (“Tomorrow”), love (“She’s My Religion”, “Odd Ones Out”), and identity (the only ballad on the album, title track “Who Am I?”).

On the penultimate track “Run To”, Baron-Gracie proudly sings that, “Life is going well, except for my mental health”. That paradoxical statement is sung against a backdrop of upbeat drums, piano hooks, vocal “oohs and ahs”, and lovely shimmery guitars. It’s perfectly tongue-in-cheek as she winks at listeners who probably can identify all too well with that predicament. The angst and production on some of these songs‘ sound lifted straight out of the grunge girl phase of the late 90s. It’s almost reminiscent of the introspective poetry of Alanis Morissette or Ani Difranco, or dare I say it, Avril Lavigne and early Taylor Swift.

► It’s that balance between pop sensibilities and heartfelt songwriting that has led to Pale Waves’ success.

Who Am I? is still a distinctly modern record though. Their choruses stand out most. For example, on “Easy”, where the group expertly plays around with the color of synth textures and four-to-floor anthemic beats.

While their aesthetic screams gothic doom and gloom, Pale Waves’ music is actually just straight-up fun. Who Am I? is a genuinely infectious record that actually sounds hopeful without ignoring all the hardships of life in 2021. It has an edge of healthy cynicism to it, but the hooks and production make it palatable enough to even put a smile on your face. While we all seem to be about to fall to pieces, or on the edge of breaking, at least it can sound this fun while doing it!

Text: Kevin Loo from Swine Daily / Be sure to check out Kevin’s project Deadset Press ◄