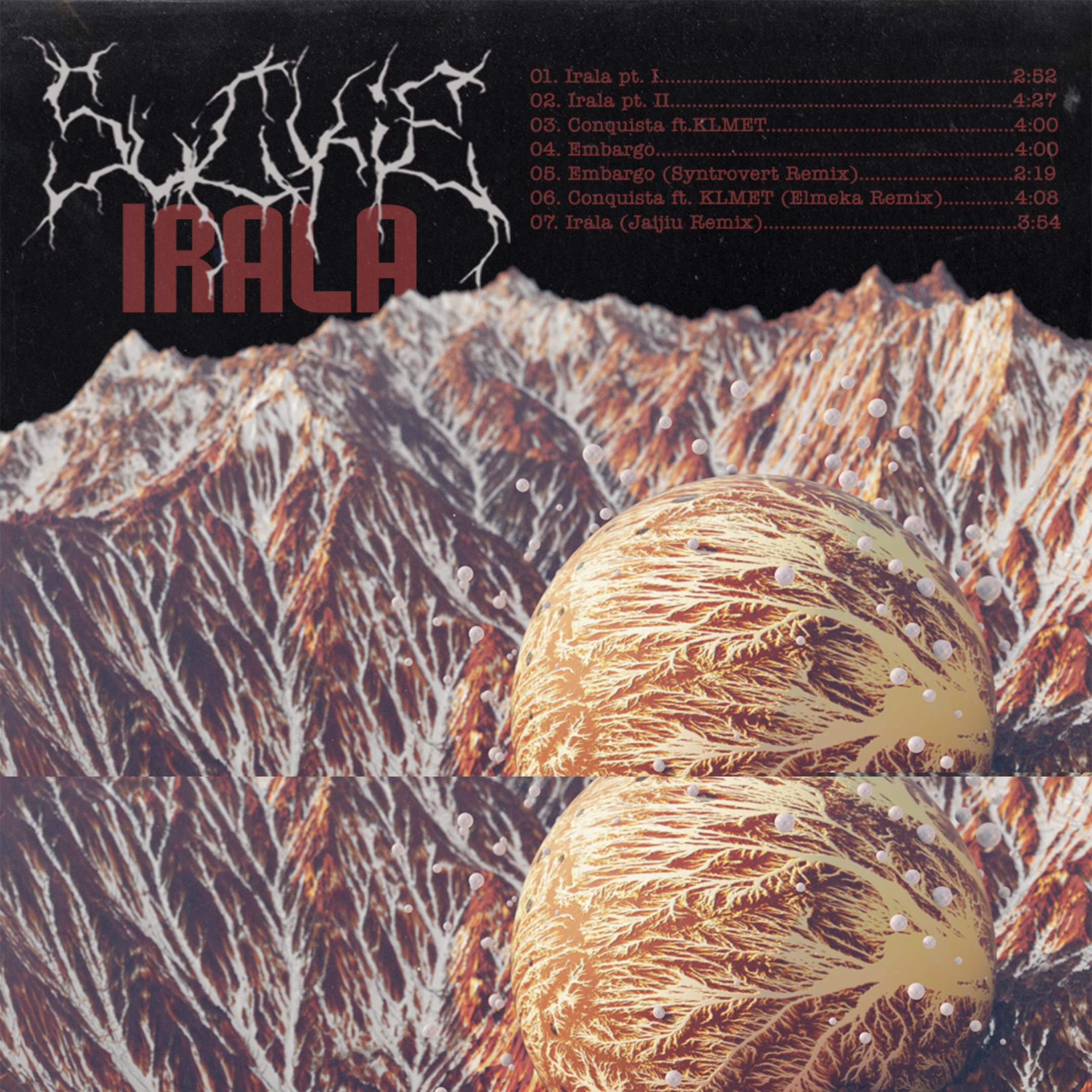 Sky Parnes, with his DJ pseudonym Sückie, is Argentinian-American producer, sound engineer and artist, whose debut project IRALA is released on AGVA Records from Buesnos Aires. The mixture of latin-american music and experimental tribal electronic is being published today and we bring you exclusive premiere of the track „Embargo“. On EP you can also find some remixes of rising stars from underground latin-american club scene such as Syntrovert, Jaiju, Emelka.

As he stated on his website, economic crisis in Argentina has increased the poverty rate and has affected also the music scene to a large extent. Because of this, it became impossible to make a living as independent producer and DJ, thus in the middle of 2019 Suckie decided to move to New York.
. . .
Half of your life, you’ve been living in Argentina and the second half in the USA. How this reflects in your music and art?

It wasn’t half and half exactly, let me explain briefly. I was born in LA, from Argentinian parents and we moved to Argentina in 1999. Early in 2019, I came back to try out New York after spending 20 years without visiting the US. This lifeline made me ask myself a lot of questions about identity and the sense of belonging. Growing up bilingual and nomad (there was a time period in my early childhood me and my parents were living in a pickup truck) somehow made it hard for me to fit in social groups, mostly during school years. Not so long ago, let’s say 2 or 3 years, I was writing music for another project that was completely in English and had nothing to do with Latin culture.

I travelled a lot, backpacking through South America and Europe, and living in the US also gave a better picture of the world and expanded my knowledge in terms of music and arts, politics and economy. Now I can say that I appreciate Latin culture much more and understand its value and influence in the world. I can honestly be proud of where I grew up and feel that I belong to somewhere and something. 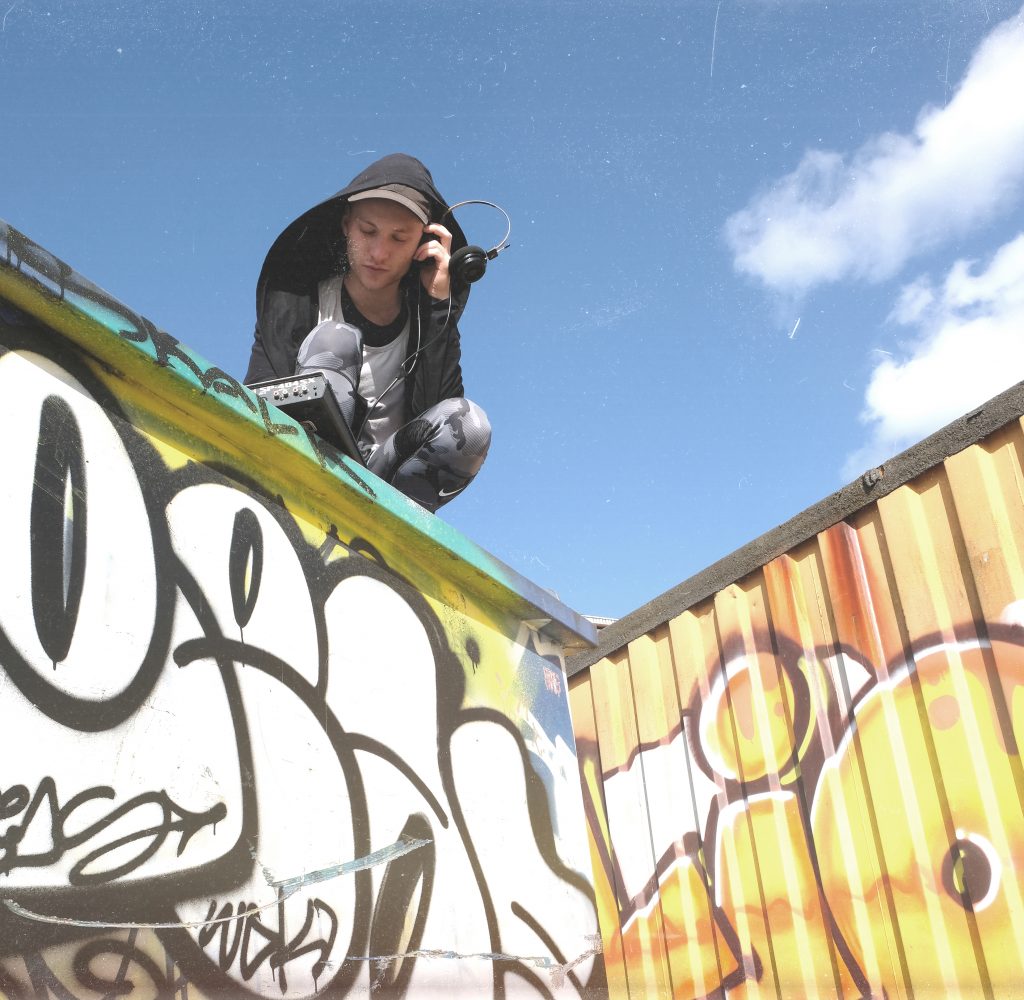 How do you like life in New York, are you happy there? Is there some Latin American scene in New York where you can meet, talk with other artists, exchange music knowledge and so on?

Living in New York it’s not easy for me. It’s hard to enjoy what the city and the overall country has to offer once you know a little bit of its background. When you walk through Manhattan you are astonished by the skyscrapers and the shocking LED video walls, you see all the wealth that Americans worship and applaud with a solid belief that hard work, entrepreneurship and an ethical business model made this possible but you know that this is just the result of a century of slavery and now by a century of oppression and political control over third world growing economies. Even today the US is still trying to take control over Latin America, with embargo for some governments and free market agreements for others. On the other hand you have this huge metropolis area that mixes people from all over the world, an insane amount of cultures converge all together. I’ve seen some really interesting stuff here, but the city is so big that I didn’t have the chance to meet artists with the same pursue that I have. People to collaborate and work together is something that I’m missing here. 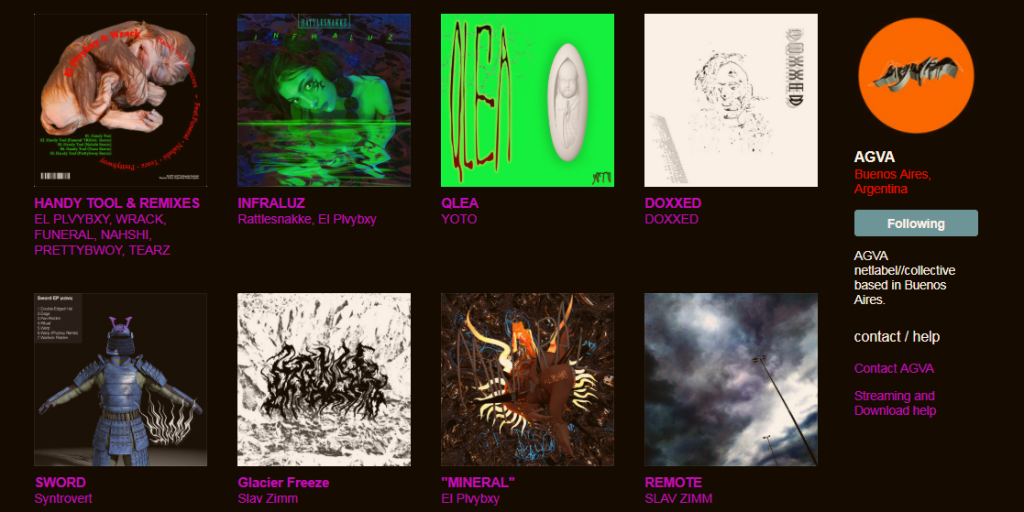 What’s the main theme of your debut record IRALA? What are some inspirations and influences on it?

There are several influences through the album, all tracks are really different from each other. But one of the most solid concept, and the one I like to advocate for, is the rave or ritual that emerges spontaneously and reunites us together. That’s the place where my mind goes when making those beats, and the fact that I’m actually in my kitchen with a Bluetooth speaker when writing takes them a little bit out of context and places them into something more intellectual, as if we were watching a small rave happening in a fishbowl in our living rooms.

What are your plans with AGVA Records together with El Plvybxy?

The trial period for New York in my life is about to expire and I hope that next year will find me working on something more meaningful to me, rather than a regular dead-end job just to pay the bills of an overpriced and gentrified city. There are too many artists in Buenos Aires that I admire and I would like to participate more in the local scene there and help it grow up.

El Plvybxy became one of the busiest DJ’s in the scene, he has been DJing almost every weekend this year and that makes me really happy. I know that whatever happens it’s gonna be shaped by the counterculture, the DIY and the underground. One dream that I have is building our own sound system and taking over the streets, not only with AGVA, all the artists and collectives we are connected are invited to participate. I think people need it.

Some of your favorite artists, collectives, DJs, labels that you can recommend us?

Sure! Aside from the 3 producers that remixed tracks for my album (they, of course, are on the first row here), there are a bunch of artists that became the soundtrack of my 2019 I’ve been listening to a lot of new artists, Seekers International, Demdike Stare, Lorenzo Senni and Low became my subway soundtrack for the past few months. Tracks by Sonia Calico, Rattlesnakke, Shiroi Kitsune, Maffalda and Cero96 became bangers in my sets and I fell deeply in love with recent releases by The Gardener & Industrias 94 „Mawt Rihla“, Gabber Eleganza’s „Never Sleep“, Burial’s „Claustro/State Forest“ and F5’s „Surco“.