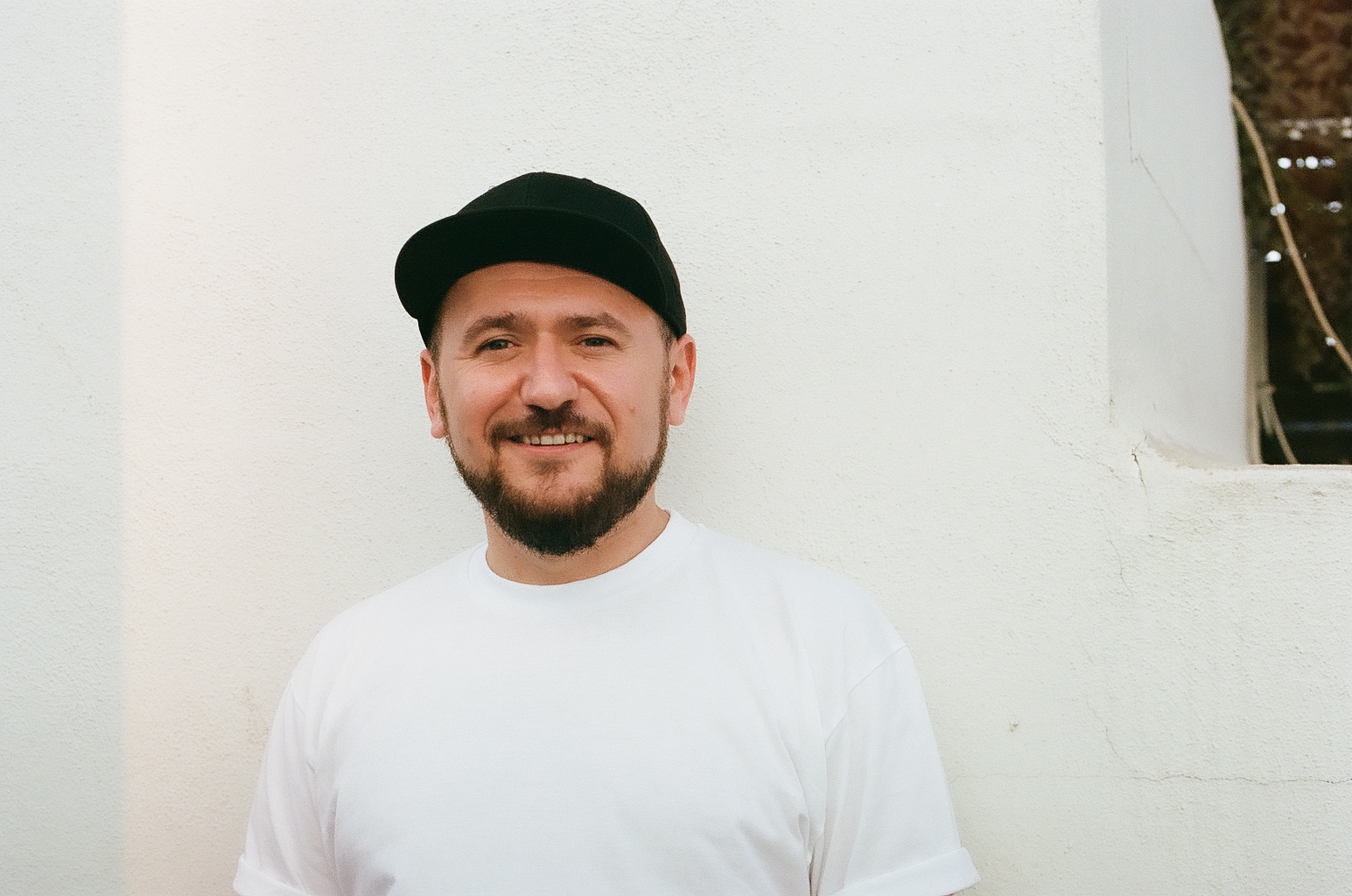 Michail Stangl (also known as Opium Hum) has been for over a decade one of the progressive forces behind the global underground music scene, converging avant-garde, pop and underground culture. Right now, Michail is a newly announced resident DJ in Prague’s Fuchs2 venue and this Friday he will host a new party series called HYPER REAL.

As one of Boiler Room’s lead curators and faces, he contributed in the past ten years significantly to Boiler Room’s phenomenal rise from a webcam taped to a warehouse wall to become the worlds leading underground music platform with a monthly reach of over 280 million worldwide. 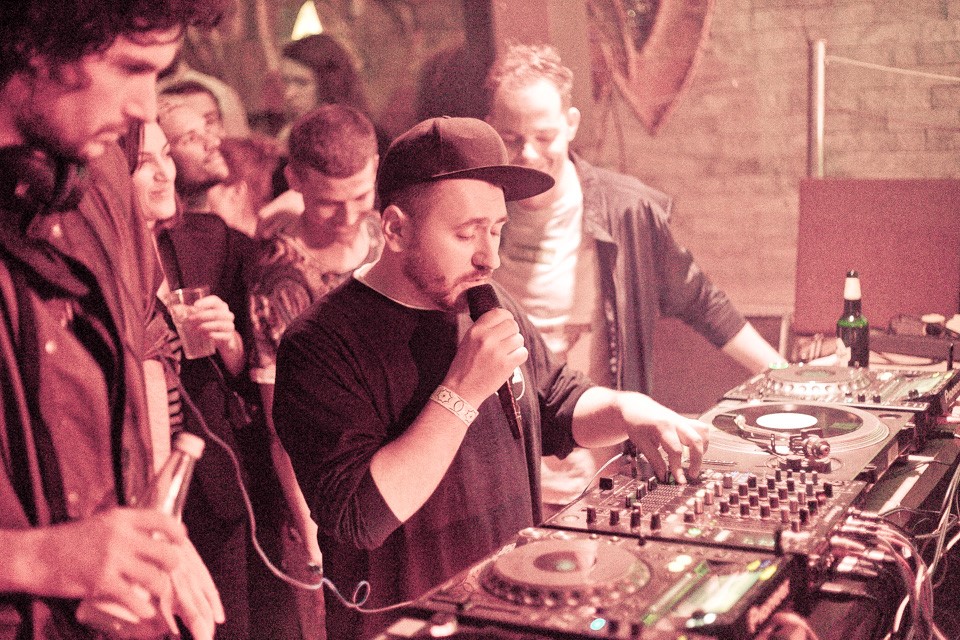 He is also one of the curators of the annual Berlin-based CTM Festival, one of the world’s most important happenings for experimental and new forms of club music. He has been running series of cutting-edge events at the world-famous Berghain club, on top of the host of one of Germany’s leading weekly radio programs for forward-thinking club music.

Read below our interview ►

● Please for the beginning, how was your day and can you describe your environment, where are you now?

I’m at home in Berlin right now (in Wedding, about 500m away from where we started Boiler Room over a decade ago) which I haven’t left much for the last two years for obvious reasons. My day has been not particularly exciting, mostly preparing for my gig in Prague, but everything is covered by this strange sensation of dread – the world is in a very weird place right now, to put it lightly, and I think everyone’s psyche is affected by that.

● How was your lockdown in South Africa, did you have some time to discover the local art and music scene there?

For about three days yes, then I got awfully sick and wasn’t able to leave my hotel room for two weeks straight. Johannesburg is amazing though, Amapiano completely rejuvenated the local scene and you can’t walk 100m without hearing it blast from a car sound-system, bar, or club. I managed to see some local legends like DJ Maphorisa and Kabza de Small, however, which was a massive vibe. You can’t imagine the energy on the dancefloor in Johannesburg unless you witnessed it in person. I wish Europe would pay more attention!

● Which artists and what program are you gonna present in FUCHS 2 venue in Prague, whats your dramaturgy goal with the Hyper Real series? What is the theme of the new series?

Hyper Real was originally born in Berlin in 2015 after I wrapped up my ≠ (not equal) series at Berghain, which started to feel somewhat stuck, both because of the audience that started to flock to Berghain, but also because I felt like I had said everything that could have been said through this particular lens on post-industrial that I had created for the series. There was new and eclectic energy within electronic music however, the afterglow of footwork and deconstructed club music was mixing with a new, raw energy that was slowly emerging – already in 2015, I felt that things like Gabber and what we’d call “Hard Dance” (at Boiler Room) was going to happen big time. At the same time dance music was rapidly diversifying and Hyper Real was meant to become a playground for that new, boundless intersection of styles: open-minded, focussed on the dancefloor, but uncompromising and radical, both aesthetically and politically. 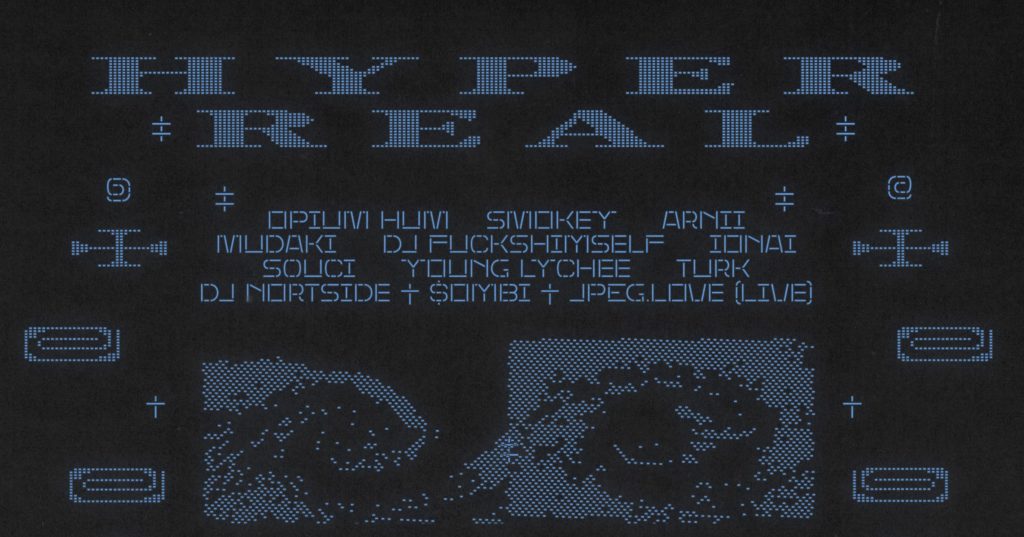 Hyper Real artwork was created by one and only Krstn Klkv

● How do you keep your taste in music fresh after all these years, where and how do you discover new music?

Discovering new sounds for which I have no frame of reference has been an obsession since I was old enough to afford to buy music, so it’s nothing I can give up on. I’m lucky to have a wide network of friends all over the world who all have an exceptional taste in music, so the most important thing is to keep an ear to the underground and listen to the things they do, they post, they play. I also try to sit down every Friday and listen to all new releases listed on pages like Bleep, Boomkat, Juno for “traditional” labels and as much on Bandcamp as possible as well. I probably invest a full workday per week into research.

● How do you prepare for your next gigs? Are you studying other DJs on the lineup as well? What’s your preparation process?

By now I’ve played so much and so often that there’s hardly any scenario I’m not prepared for, except maybe House and Italo Disco. On top of the music I already have experience with because I played it in a set already, I usually pick a broad variety of tracks that allow me to venture into different directions depending on where the night goes – you never know if you end up hammering out razor-sharp electro for two hours, or go in deep on the dubstep or trick the audience into some speedcore.

Usually, I pick three or four tracks that I can potentially start my set with, also because I have terrible stage fright and need 10 minutes or so to calm down and take control, beyond that it’s wherever the night takes me.

● Do you train and practice DJ skills regularly? Is it important for you to always record and try new mixes?

I used to play so much that I didn’t really need to practice – I was just making sure to know the new music I was bringing and the rest would fall into place and luckily most of the time that would turn out pretty well (except that one time, where a track descended into the most awful trance breakdown ever and everyone looked at me as if I had lost my mind). During the pandemic it was really hard to maintain a routine and to be honest I haven’t touched any decks since a gig in November, so I urgently need to pick up the slack.

I love recording mixes and people tell me that I’m really good at it, but it’s also somewhat frustrating as well – a lot of time goes into each studio mix as I re-edit many of the tracks, sometimes an hour-long mix takes 20h+ to assemble with hundreds of tracks being preselected. I think I’ve recorded about 30 mixes over the last 10+ years that way and only some of them feel like they have left an impact or got heard by a bigger audience. I want that my mixes are not just a random selection of tracks I had in rotation at that time of recording, but a meaningful snapshot of electronic music culture at that time that’s worth revisiting in a decade from now.

● After your career in Boiler Room, traveling the world, seeing upcoming DJs and producers… What can you recommend to young aspiring DJs? What are the best activities when they want to build their music careers?

I think more than ever before young artists should focus on building a tangible, local community around their music.

The last 15 years of social media and algorithm-driven platform capitalism have given artists the illusion that their target audience is the biggest global audience possible, but that’s not the case.

Electronic music lives of the quality of your audience and community, not their size. Also, a lot of what we think a career in electronic music is is largely unsustainable – it all relies on cheap international flights that make a 350$ gig abroad profitable.

● What are your main work activities besides DJing, are you working with music and arts only?

I’ve been lucky enough to make a living within music and arts for 15 years now, starting in a small record shop when I was a student. Currently, I work in a very interesting intersection of art and technology at a Web3 company called Zora, trying to figure out how the emerging blockchain and NFT technologies can be used to build more resilient independent music and art platforms and economies. It’s pretty wild, even though most people totally don’t understand what the whole NFT thing is about – understandably so, however.

● How are you feeling in Berlin, are you happy there?

I’ve been here 16 years as of last Saturday, never thought I’d stay that long! Berlin is as exciting as ever when it comes to music, the city changes pretty much every three years in terms of sounds and people. But then again I’ve done pretty much everything one can do in this city – so I’m ready to move on or at least see how life is somewhere else on this planet. It is however an immense privilege to be able to think so freely about such things, so wherever I go I won’t just helicopter myself to a place like one of these “digital nomads” – I need to go somewhere where I can genuinely contribute to the landscape and make sure I earn my place within that community. I always wanted to spend more time in Sao Paulo, maybe that’s next.

▮ You can follow Michail on Instagram and listen to his sets on SoundCloud. Check out ZORA here ▮